The Bihar Elections – A War of Ideologies

The upcoming Legislative Assembly elections in Bihar, set to start this October, have thrown all the major parties – both national and regional – into a tizzy. At the first glance, Bihar seems to be an unlikely state to have caused such a furor throughout the political landscape of India. Both economic and human development indices of all shapes and sizes indicate that Bihar remains, on almost all counts, one of the least developed states of the country with low literacy and high unemployment. However, what is often ignored is that it is also one of the most populous states, which in a democracy such as India could mean a great deal in terms of the power of its representatives on the central stage. 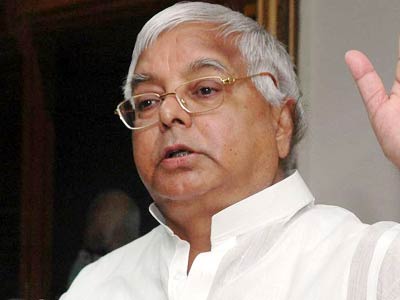 The major players in the election include, on one side, the BJP led National Democratic Alliance, which is a grouping of about five national and regional parties such as the Lok Janshakti Dal and the Samata Party. The most important of these is of course, Narendra Modi’s Bharatiya Janata Party.

The major player on the other side of the playing field is a grouping of three giants known as the Grand Alliance. Initially this unlikely group also included relatively smaller yet important parties such as the Samajwadi Party and the INC. However, over time, most of these smaller partners have deserted the stalwarts due to conflicts over the number of seats allotted to each party, etc.

The remaining members – the Lalu Yadav led Rashtriya Janata Dal (RJD), the Janata Dal United (JDU) and the Congress Party have all sworn allegiance to the partnership under the leadership of the current Chief Minister Nitish Kumar.

Providing a counterpoint to the two heavyweights on the ring is the Left Front, a grouping of six leftist parties that have come together under one banner to provide an alternative to the voters who are averse to both the main players.

Mr. Kumar’s credentials as an efficient and visionary leader are impeccable. Even his worst critics agree that he has, over the last two legislative sessions, led Bihar out of the quagmire of corruption and caste-politics that it had fallen into. Under his reign, infrastructure, education and industrialization in the state have all increased by leaps and bounds. Recent polls suggest that most of the electorate of Bihar want Nitish Kumar to be their CM for the third term running. However, his unimpeachable reputation may be tarnished by the far more impeachable ones of his partners, namely Lalu Yadav and the Gandhis.

Mr. Yadav is a former CM of the state, against whom Mr. Kumar had waged a decades-long political war to finally wrest administrative power from the corrupt clutches of the RJD. Mr. Yadav is accused of having destroyed the economy of his state through corrupt practices and inefficient policies, leading it into the abyss of backwardness where it now languishes.

If Mr. Kumar is to rule alongside Lalu Yadav, he would necessarily have to justify and defend the disastrous reign of his former rival. In the eyes of some, this could compromise his own integrity, dragging him down to the level of those that he has spent his life trying to fight. There are many in the state who would think twice before allowing Lalu Yadav renewed access to the power that he had so grossly misused while he had it.

All this is not to say that the NDA is without its own problems. The ‘Modi Wave’ which had swept the country during the Parliamentary elections is on the decline due to over a year of what is often perceived  as ineffectual leadership on the part of the man who had promised ‘acche din’ to the electorate as soon as he came into power. Moreover, as far as Chief Ministerial candidates are concerned, the NDA in Bihar is suffering from the problem of plenty, with numerous candidates waging an internal war to qualify for the post. Without a strong candidate at the center of their campaign, the ‘Modi Wave’ alone may not be sufficient to sustain the NDA in Bihar. After all, even many people who support Modi’s Prime Minister-ship wholeheartedly cannot help but see that the Prime Minister cannot govern both the nation and the state at once. Voting for the PM at a state-level election might prove rather a futile decision.

Party-politics aside, the war being waged in Bihar about the Bihar Elections is principally a war between Narendra Modi and Nitish Kumar – two of the greatest visionary leaders of the country, enjoying the most public support – who are nonetheless at each other’s throats for control of the top seat in Patna. Who wins and who loses, remains to be seen. But what we can safely predict is that this is going to be one hell of a fight!