The prototyping process can differ depending on the industry, but for designers and developers, it’s basically the same. You start with a sketch or idea, create a wireframe, then a mockup, and then finally, you create a working prototype. Working prototypes can help you iron out your designs, and give yourself insight into what the project is lacking or where it excels. If you’re new to prototyping or simply unsure if you’ve been executing correctly, here are the basics of prototyping.

Is it the Same as a Mockup?

Not necessarily. Generally, a mockup is a visual representation of your project. If you’re designing a website or app, your mockup can be a static image of what the completed project should look like. This can be a high-fidelity wireframe, as wireframes are pretty similar to mockups, but generally lack the color and graphics of mockups.

Prototypes are different; they are functioning representations of what the project should look and feel like when it’s being used. Your prototype will be delivered to stakeholders and clients, or beta testers, so you want it to be as close to the finished product as possible.

Low-fidelity prototypes are generally lacking in functions, aesthetics, and overall functionality. If you’re struggling to get around certain blocks in your designs, you can create a low-fidelity prototype in order to get a better idea of what’s causing the problem.

A high fidelity prototype will show stakeholders, clients, and your team exactly how the design will function when it’s finally released. A finished website, mobile app, or software should have a high-fidelity prototype created before you release your final product, as these projects can often contain unforeseen bugs or errors.

Prototyping allows you to think outside the box; perhaps trying new design processes or experimenting with new design tools. Testing design concepts with a prototype can help you identify processes that work best for you and your team, or even discover something entirely new that you’ll want to use in future designs.

You can also use your prototypes with beta testers; allowing your designs to be used by regular people for a specified period of time. This allows you to identify errors before the final product is released, as well as get a better idea of how your UX/UI designs function in the project.

Your prototype should be as interactive as it looks in the blueprints/design plans. All of the buttons, links, or other clickable items should be working, and any images, graphics, or videos should be present. It’s impossible to gather the information you need from your prototype if it’s missing certain functions; and testers may even mistake this for errors or bugs in the coding and report it as such.

Give Stakeholders Something Tangible

Sometimes, your stakeholders/clients may want to see what they’re paying for; especially if they’re excited about the design. By prototyping the design, you give them something tangible to work with, which helps to satisfy their curiosity and their confidence in you and your team. After all, they’re the ones funding the project, so keeping them happy is a priority.

Finalize the Design Before Delivery

You don’t want to release something that isn’t finalized. Many video game companies do this with beta games, much to the disappointment of their customers. Prototyping allows you to finalize every detail of the project before you release it; ensuring quality and keeping your clients happy.

Imagine how proud you’ll be at the end of the design project, with a working prototype in hand to show the stakeholders and send off to beta testing. You’ll have taken your design all the way from a simple sketch to a working version of the design, complete with all the bells and whistles and functionality you’d expect from a high-quality design.

Can my Wireframe Tool Prototype?

When you choose a wireframe app or tool, take a look at its extra features. If you can create mockups and prototypes as well as wireframes, you’re getting a better deal than if you’re only paying for wireframe tools. There are dozens of free options for wireframing tools, so it’s best to always use software that can perform multiple functions to get the best value. Try software like Axure RP, UxPin, and others for a fully immersive design experience with all the tools you need in one software program.

Whether you’re creating a website, mobile app, or software program, prototyping is something that designers of all types can benefit from. Whether you’re providing beta testers with a working design for testing, or stakeholders with a functioning prototype for review and approval, a prototype can help you identify issues and strong points within the design before the final release. Don’t finish your design process without a prototype! 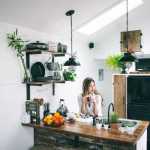 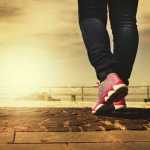