Do you love watching horror movies or prefer comedy? Or do you enjoy mixing horror and humor? Then this movie is for you.

The Addams Family 1991 is an American movie directed by Barry Sonnenfeld. It is a supernatural black comedy based on a cartoon created by Charles Addams and a 1964 TV series of the same name.

The movie is spooky in the sense that it deals with the lives of a weird, bizarre family who considers whatever they do to be “normal.” In the neighborhood, the Addams family 1991 was notorious for their odd behavior.

The movie is about a weird family who looks more like ghosts but are extremely bonded to each other and cares for each other. They grieve for their long lost brother whom they believe would come back any moment. A loan shark comes to know of this and makes her son pretend to be the long lost brother so that they could rob them of their valuable possessions. The Addams Family 1991 is a visual treat with its usage of Gothic elements in a different manner.

Raul Julia plays the head of the Addams family 1991, who seems to be a very much funny and enthusiastic person. He is a person who feels happy at the thought of dreadful things and encourages his children to do terrible and appalling things.

Anjelica Huston, who plays the wife Addams, has the typical look of an evil step-mother but is very sweet and loves her children very much. She is a loving wife, as well as an understanding daughter-in-law. She is someone who understands the ancestry of the Addams family 1991 and lives according to it.

Wednesday and Pugsley are the Addams children who are mischievous in a horrible manner. Their mischief includes electrocuting each other and hurting one another with swords. Pugsley looks dumb while Wednesday looks more horrific with her pale color and pigtails. They even stage a play in their school where they fight with swords bathing the audience in a pool of what seemed to be their blood.

Grandmama Addams is another character in the Addams family 1991, who is always indulging in potion making and sorcery. She is good at reading orbs and uses her power to bring back Fester Addams.

Even though the movie The Addams Family 1991 could not be a complete hit at the time, the film had an impact upon the viewers as it shows how a terrible family too could have a right mind. The family lives in a Gothic mansion where everything is different from the social order. You could see the mother even encouraging the daughter Wednesday to take an ax instead of a small knife to hurt her brother.

The other strange things done in the family is that we see the mother Addams cutting the rose flowers and placing back the stems alone in the vase. The house helper Lurch, who resembles a tall giant, is seen applying chemicals on the plants so that they would remain dry. He is doing it as if he is watering the plants. We could also see at the end of the movie, where they would come up with a game called waking the dead in which they would go to the cemetery near the house to dig out the dead. All these things seem reasonable in the family.

The things they eat in the Addams Family 1991 are living creatures that are hard to digest. You could see the kids being given some living creatures as their lunch when they go to school. We could also see the elder Grandmama Addams making weird food items and potions and indulges in fortune-telling.

There are also other weird things in the movie. There is a lone hand, Thing, that wanders around the mansion and does some of the menial jobs. It is a surprise to know that this hand is well versed in Morse Code.

The rooms in the Addams Family 1991 are also eerie looking. Just like in every gothic story, the beds are creaky. There are cobwebs everywhere, and everything is black. All the characters watch pale and eerie, with their black dress and evil smile. The girl Wednesday looks the more sadistic with her pale expression and pigtails.

When the family holds a party for Fester, we get to see more of the weird people of the Addams family 1991. One of them is cousin Itt who is a dwarf, entirely covered in floor-length hair. Itt speaks in complete gibberish, and only the family understands what he says. There are also a pair of twins Flora and Fauna, whom the Addams brothers dated in the past. There is a boy with a hunchback called Lumpy Addams, who is their distant relative.

The family lives in an eerie mansion adjoining a cemetery. The ancestors in the Addams Family 1991 are in this cemetery, and they would sometimes visit the graveyard as if visiting a park. The Addams couples would often come on a romantic date in this cemetery and would even talk about how passionate it would be if buried in identical coffins.

The movie was directed by the former cinematographer Barry Sonnenfeld. The Addams Family 1991 was his screen directing debut. His films mainly included unorthodox people who are into strange behavior. He has remarkable film making techniques with different camera angles, funny dialogues, and even action. Some of his other movies are Addams Family Values (1993), the sequel to The Addams Family 1991, Get Shorty (1995), Men in Black (1997), Wild Wild West (1999), Big Trouble (2002), Men in Black II (2002) and Men in Black 3(2012). He also does an uncredited cameo in the movie.

The film had a mixed review in the critical field. Most of the critics believe that the film did not create many laughs and was not up to the mark. The New York Times even commented that The Addams Family 1991 had virtually no story in it.  But through the film, the author has given an insight into a new perspective of horror movies. Rather than being a horror movie( you can decide whether to name it horror or not), the film itself deals with the happenings in the life of horror characters.

Rather than bringing the cliché idea that ultimately the evil will be doomed, this movie throws light on the happy and satisfied life of a group of “terrible” people.

The Addams Family 1991 had a prequel, a 1964 TV series of the same name. This TV series inspired this movie. Later in 1993, a sequel to this movie, Addams Family Values, was released. Another movie was Addams Family Reunion in 1998. In 2019, an animated version of the film also came out under the same name with a different plot. There will be another sequel, released in 2021.

7. Why You Should Watch This Movie:

With all the mixed reviews, you would be confused about whether to watch the movie or not. Here are the reasons why you should watch it.

The films encourage the bond in a family atmosphere. Even though his brother Fester is missing for a long time, Gomez Addams waits for him through the years. By doing this, he gives his children the importance of a relationship between siblings.

It is a different experience for the viewers. The viewers are tired of hearing the same story of the hero. Villains do have life, you see. The Addams Family 1991 sees to it.

You get to see a visual treat of imaginations. The mansion in The Addams Family 1991 and around it is filled with sorcery and magic. It’s only once in a while you get to watch such sort of a movie.

*Scary with no Nightmares.

Most of us do not like to watch scary movies fearing of horrible dreams. Or after watching one, you will see a ghost in every place you go. I am a person like that. But this is not a movie that gives you nightmares.

Most of the scenes in the movie are scarily funny. You never get to experience both at the same time (unless you have a friend who could crack jokes even in the middle of a horror movie).

In the end, it is just a 99-minute watch. Movies are for entertainment, and you could watch it freely. And you can determine whether it is a good watch or not. Anyhow, The Addams Family 1991 is different from the mainstream movies that we watch and would be a different experience.

So if you have not watched it, give some time into watching The Addams Family 1991. Let us know what you felt about this movie in the comment section. 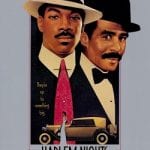