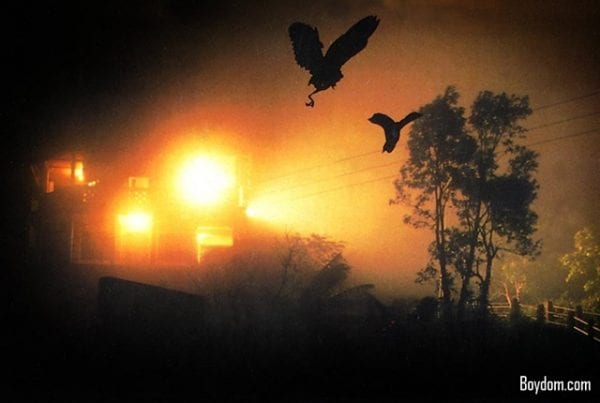 This forest is known as the “Bermuda triangle” of Romania. Multiple people have gone missing and were never found .There is rumours of UFO spotting in this forest. There is also a forest clearing which is believed to be the work of species from other planets and many shadows were spotted in bulk in this area. Another weird thing about this clearing is that nothing ever grows in this area; the soil was tested in this perfect circle and found to be normal.

The mutter museum was found in 1858 when Dr Thomas Dent Mutter donated a lot of bizarre medical instruments, bones, anatomical and pathological specimens to the museum. The main purpose for the foundation of the museum was to continue medical education in the heart of Philadelphia. One of the museum’s most popular and known is the display of 139 skulls collected by the Viennese anatomist Joseph hyrtl in the 1800’s. They may say that dead people tell no tales but these skulls sure do reveal a lot of history.

Around 40 years ago there was a mysterious crater opened in the desert of the northern Turkmenistan. According to many people the soviet scientists had set this crater on fire. The strangest thing is that the fire is still burning even after 40 years. It is said that the crater is the 6th largest natural gas reservoir in the world. It seems to be pretty significant amount of gas to be burning for over 40 years.

This is a small village on a ridge located in the Dima Hasao district of Assam state, India .Though it is a beautiful village with lush green vegetation and scenic beauty surrounded by serene mountains it is not famous for this. In fact this village is famous for its bird suicide mystery. In the month of September and November between 7pm to 10 pm. It is believed that thousands of migratory birds are attracted to some light source and are killed. Contrary to the popular folk tales the birds are do not commit suicide but are attacked by the villagers who use light source to distract the birds and then attack them with sticks and catapults.

Paris is said to be the most romantic place in this world but beneath the wonderful streets of Paris lies a very old burial ground which has approximately 6 million bodies put to rest. It is around 20 metres in depth and if taken a tour of the catacombs it’s approximately 2km distance. This is around 11,000 sq.m in area.

In Xochimilco canals in Mexico, there is a small deserted island full of dolls hanging on the tress. The island has only 1 inhabitant. Legend has that there was once a small girl who died while playing with her doll in the canals surrounding the island, after which the dolls began to wash ashore constantly. The only inhabitant and caretaker of this island began to hang the dolls to the trees in the memory of the little girl. It is believed that some people once visiting heard the dolls whisper to each other. This place is considered the most creepiest place on the earth.