The recent wave of terrorist attacks in Beirut, Paris and Baghdad has forced a large section of the international population to stand up against terrorism. A movement that echoes “Je sui Charlie”, “#PrayForParis” and “the tricolour display picture” have also taken hold of the World Wide Web.
129 people were killed and 352 were wounded in a coordinated attack that spanned six places. A concert hall, the Stade de France and two restaurants were targeted.

In Beirut, 37 people were killed and 181 others were wounded when two suicide bombers detonated their vests outside a Shia mosque anda bakery present on the same street.

The Islamic state has  claimed responsibility for this attack.

In Baghdad, 17 people were killed and 33 others were injured in an attack inside the Al-ashara Al-Mubashareen mosque.

A debate has begun over the internet about whether the interest or the attention of the international community lies only and only in Paris. Facebook has allowed users to overlap their display pictures in red, white and blue stripes, the colors of the national flag of France.
The “#PrayForParis” campaign is the only one present. Famous monuments all over the world were lit up in the colors of the flag, after the Paris attacks to show solidarity.
One starts to think whether all the focus is in one place because Paris is much more famous and relevant to the lives of the international community, or is it because Baghdad and Beirut are not worth talking about.
There is a section of people who believe that Facebook should also have options for turning their Display pictures in other shades than that of the French flag.
This has led to people fighting on social media over how individuals prioritize some things over others. In this case it is whether one thinks that lives lost in Paris come as a larger shock to them over those in Baghdad and Beirut.
What is funny about this phenomenon is that most people talking about it have extremely little idea about the attacks and the different significance they have in different places. Each attack is equally horrendous and grave crimes against humanity.
All humor and innocence aside, this does come up pretty strongly when the international community does not show support in the same extravagant terms for Beirut or Baghdad.
When individuals like Everett A. Stern, an American senator rejoices in the fact that bombings and violence is being located in the middle east and that it is a good thing to keep terrorism restricted to a particular place, one has to extrapolate that something is just not right.
This recent turn of events has also led to a huge setback in terms of the EU’s setback on the migrant crisis that they are currently facing. Countries like Poland, who had earlier agreed to take in 4500 refugees according to the terms set by EU are backing out. They want security guarantees in exchange of helping them resettle. France has started imposing strict border controls and other security measures in light of the information that one of the attackers had a Syrian Passport on them.
The migrant crisis is not separate from the chain of attacks. One can in no way advocate that security measures need to be enhanced whilst taking in migrants, but this in no way should also go ahead and hint at the fact that migrants/refugees are not to come in. It is interesting to notice that most of the people who are crossing the sea in order to come to the European continent are most probably fleeing from the same group who have manages to fester terror all through out.
It is extremely important for us, as the international citizens, to stand strong and united. We should not delve into the intricacies of the crime but condemn these activities all the same. The moment we divide because of actions like this, organizations planning such attacks attain a victory. 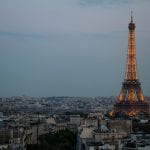