Everything has a reason, meaning, India isn’t called Incredible India for nothing. This wonderful land is riddled with more mysteries than any novel contains, mysteries that defy conventional laws of science and nature. Some of the enigmas are decoded; some remain mysteries. If UFO’s, living trees, and bird suicides sound hypothetical, check out places below to prove yourself wrong.!

1. Magnetic Hill- Where gravity is defied

This mysterious place questions the Issac Newton theory.! When cars usually go downhill, this place has got them in reverse. This hill in Ladakh that is believed to be magnetic. If you park your car and leave it in neutral on the road that is uphill, it will ascend the steep road on its own at a speed up to 20kms per hour! This place is popularly known as the ‘Himalayan Wonder’.

Jatinga Village in Assam is the place where several migratory birds just drop dead. This especially happens between 6 and 9.30pm on moonless nights during the months of September and October. This place remains a complete mystery as none of the explanations that have come up is accurate. Definitely sounds like an Alfred Hitchcock movie, but a depressing one.

Ever believed in aliens and UFO’s.? Well, India definitely has something to offer. Kongka La Pass is a low-ridge pass, lying in a disputed border area between India and China, at an elevation of 16,970 feet. Locals from both sides of the border happen to believe in the underground UFO bases and have even reported them coming out of the ground. Remaining a case of enigma, the entry here is restricted and tourists are not allowed.

4. Living tree bridges of Cherrapunji- where the trees come alive

The Living Tree Bridges of Cherrapunji, Meghalaya, is just what the name suggests. As the world builds bridges, Cherrapunji grows bridges. Providing a rather mysterious and surreal sight, the rubber tree in question is said to have roots that go as long as 3000 feet.

In a land where millions of Gods are worshiped, here is a strange God – in the form of a 350 cc Bullet motorcycle. A bullet, involved in an accident in Rajasthan, killing the traveler Om Banna, was taken into police custody. It disappeared mysteriously from there and was found at the accident site next morning. Police brought back the vehicle and kept under security but the same thing happened repeatedly. The news spread like wildfire and the villagers started worshiping the bike god after constructing a small temple at the accident site.

6. The Hanging Pillar of Lepakshi Temple: the levitated pillar

When pillars are supposed to support the roof, this heavy pillar is hanging from the roof. The 16th century Lepakshi temple (Virbhandra temple) in Rajasthan has 70 stone pillars supporting the roof except one, which doesn’t touch the floor. It is possible to pass objects such as a thin sheet of paper or a piece of cloth from one side to the other. It is said that the pillar is a bit dislodged from its original position when a British engineer tried to move it in an unsuccessful attempt to uncover the secret of its support.

A village where only ghosts are allowed! Kuldhara was a prosperous village till about 300 years ago. Then because of unclear reasons, the villagers decided to move to other greener pastures. Probable reason was the misconduct of the then ruler of the village. The moving villagers put a curse on the land that nobody will be able to survive there. Anybody trying to live there will have unpleasant experiences from the ‘ghosts’ and will be ousted! The village is still deserted and barren.

A little town in Malappuram (Kerala) boasts of most twin births. With a population of more than 2000 families, this place has more than 350 pairs of identical twins – roughly 42 twins per 1000 births! It is more than six times the global average.

It is the world’s only Hypervelocity Impact Crater. It is about 140 kms from Aurangabad. No one really knows the source of the perennial springs that feed the lake and what lurks at its murky bottom. Moreover, compasses don’t work in many parts of the lake and somehow the unique chemical composition of its water supports several microorganisms that are rarely found elsewhere on our planet.

10. Bhangarh Fort- The most haunted place

This place is so haunted that you will stumble upon a board of The Archaeological Survey of India stating that no one is allowed to stay in the fort before dawn and after dusk. It is said that the people who stay there post sunset are never to be found. 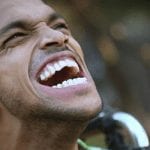 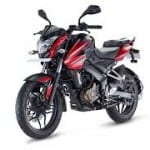