Is the invention of television, a blessing or a nuisance? Is it a devil or a companion? Is the idiot box entirely responsible for the transformation of innocent living souls to fools, who lose their basic common sense along the passage of time, or is it a means of personal development?

Multiple questions and discussions are laid down by numerous citizens, on a daily basis, on whether watching television is beneficial to us or is a destructive mean that obstructs the minds and intellects of the young generation.

In spite of, a variety of discussions and debates on the topic, ample of questions are still left unanswered as nobody is yet able to prove whether the invention of television is a boon or a ban.

Television is profitable to us in the following ways:

Since television is a cheap and easy source of entertainment, its demand is high, and operation is comfortable, especially for illiterates. It’s an affordable medium due to its economical rates.Intercontinental channels like BBC, History TV, TLC, etc. keeps us updated with global happenings.

Educational channels like Discovery Channel, National Geography, Animal Planet, etc. boosts up the mental intelligence. Besides these channels, certain shows like Kaun Banega Crorepati, Dus Ka Dum, and much more, are advantageous for young children as well as mature adults.

Cooking Channels and shows introduce latest relishable dishes and their recipes that encourage and inspire people to cook the similar lip-smacking foodstuffs themselves at their comfort level at their residence and scatter the recipes among their friends and relatives.Individual shows endow with high-quality counselings and guidance to the audience and instigate them to select right field and-and drive their vehicles on the acceptable route.

Since watching television is an all time favorite activity of children, teenagers as well as adults, it diminishes stress, anxiety and sorrow from a person’s life.It stimulates people to participate actively in various social issues of concerns and spreads out general awareness through news channels like Aaj Tak, NDTV India, India TV, Zee News, News 24, IBN7, India News, etc.

Like every eye-catching rose bears prickly thorns, every object has its pros as well as cons. Watching television has following disadvantages over mankind:There are plenty of adult shows and scenes that have adverse and detrimental effects on children.

A wide variety of shows give rise to crime, violence, and sufficient sinful acts and makes people aggressive and constrains them to commit indecent crimes.A recent survey has demonstrated that majority of the populace substitute their buddies and family members with televisions that are the primary cause of feeble bonds.

It leads to lack of regular sleep and many health issues like obesity, irritation, prolonged headaches, etc.Television is chief reason of low grades during examinations as a child sacrifices his study hours to watch his popular shows.Television is a preferable hobby which leads to ignorance of other fruitful leisure activities like reading books, playing outdoor games, music, dance and song on.

Television makes a person addictive to it and makes him relate the miseries of his or her life to those of the shows that broadcast on television and react as the situation demands following the footsteps of television artists.Consequentially, it is essential to be aware of the advantages of video and utilize the source in an effective manner. But remember, don’t make watching television, an addiction. 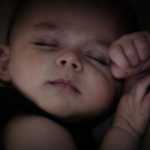