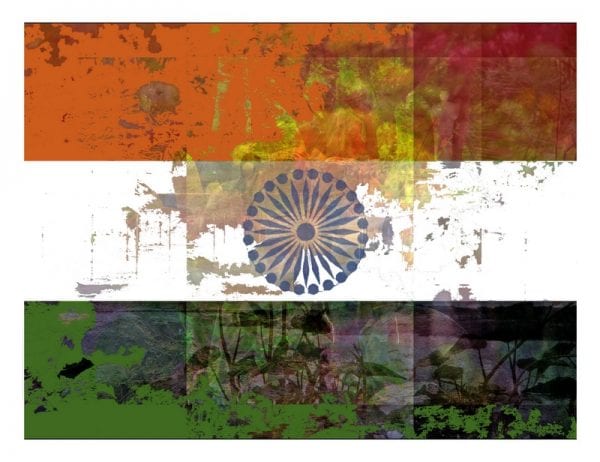 On 14th January 2016, the Society of International Law and Policy invited author and academician Ananya Vajpeyi to deliver a talk. The topic of her address was “Hind Swaraj: A Different Idea of India”. Ms. Vajpeyi broke down the different aspects of the concept of Hind Swaraj in order to explain the differing views regarding what constitutes the true essence of the term. She provided glimpses into history in an attempt to trace the origin of the term and its implications at the time of its birth. 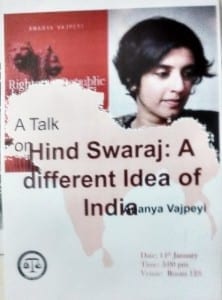 There was elaborate discussion regarding Mahatma Gandhi’s book ‘Hind Swaraj’ and his conception of what ‘swaraj’ constituted. Thereafter the discussion veered towards the opinions of various commentators of the book. Ms. Vajpeyi sought to provide a brief understanding of the different interpretations of this important term through the course of the talk. 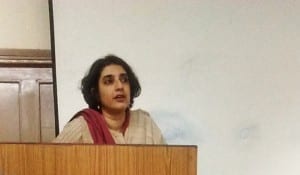 In the question answer session which followed she was asked to comment on the applicability of the concept of Hind Swaraj in the present Indian context. She was also questioned regarding the relative importance that she attributes to various interpretations of the concept. At the end of the talk, members of the audience stated that they had found the talk to be particularly interesting because it had clarified the intricacies of a concept which they were familiar with but whose correct meaning had previously eluded them.