The entire nation was taken by shock and surprise when they heard of two rail derailment case in a span of a few days.These back to back events shook the entire nation. As a result of these incidents, the Union Railway Minister Suresh Prabhu is under a lot of pressure and scrutiny. Kaifiyat Express derailed and around 70 people were injured. A few days after this incident (3 days to be exact) the Utkal Express derailed, killing 23 people and leaving many injured. According to sources, this accident was a result of negligence by the railway staffers. The Union Railway Minister in response to all this criticism has offered to resign, taking full responsibility for these unfortunate series of events. 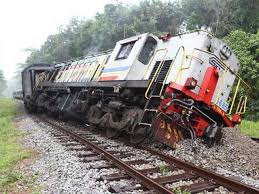 In the past, Lal Bahadur Shastri, Mamata Banerjee and Nitish Kumar are the only three Railway Minister to resign due to railway mishaps. Will Suresh Prabhu join these men as being the fourth railway minister to resign due to railway accidents? We will have to wait and see. I am extremely pained by the unfortunate accidents, injuries to passengers and loss of precious lives. It has caused me deep anguish tweeted the railways’ minister after the occurrence of these unfortunate events. Ashok Mittal, Chairman of the Railway Board, has submitted his resignation to Suresh Prabhu taking in the wake of these incidents. Ashwani Lohani, Air India CMD has been appointed as the chairman of the Railway Board. As speculations about his resignation are making rounds, he has had a meeting with the Prime Minister, Narendra Modi who has advised him to wait before he makes a decision on his resignation. 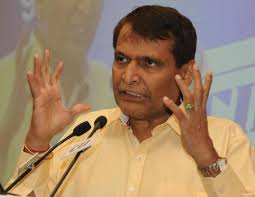 People have been very vocal about their views and twitter has exploded with tweets from any concerned citizens. Although people seem to be upset with the events, they have immense support and respect for Suresh Prabhu. Many people have requested him not to resign. At the same time, there are many who are displeased with him and his administration and want him to resign. Amidst all this chaos, the Indian Railways has decided to hire 2,00,000 workers to improve the safety and maintenance of the trains and the tracks. This hiring process will be done over the next few years. Let’s hope that the Indian Railways will learn from their mistakes and prevent such incidents from happening in the future.