The wait is finally over. The brand new trailer for the eagerly awaited Avengers: Infinity War has been released by Disney and Marvel and we couldn’t be more excited. Kevin Feige, the chief of Marvel Studios had invited various actors involved in the Avengers and Guardians of the Galaxy to commemorate 10 years of the studio and also to preview Avengers: Infinity War and it couldn’t have been a more star studded event.

All set to release next year, the movie unites characters from all the 16 films of the Marvel Cinematic Universe and almost all the actors involved were present on the stage at the remarkable event in Anaheim, southern California. Infinity War according to the Marvel Studios, is the culmination of everything in the Marvel Cinematic Universe ever since Iron Man in 2008. Huge cheers were heard at the packed 7000 capacity convention center as Robert Downey Jr., Josh Brolin, Chris Hemsworth, Don Cheadle, Mark Ruffalo and Benedict Cumberbatch were introduced one after the other. 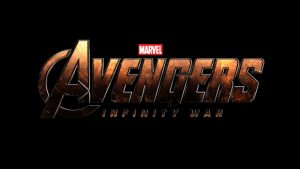 Before the much anticipated Infinity War footage, Feige stated, “ I’ve got to admit, these guys have not been together on stage for a long time, and even I find myself geeking out.” Also part of the stellar panel were Elizabeth Olsen, Tom Holland, Benicio del Toro, Anthony Mackie, Paul Bettany, Karen Gillan, Dave Bautista, Chadwick Boseman and Pom Klementieff along with co-director Joe Russo.

The movie releases on May 4, 2018, which is the 10th anniversary of the US release of Iron Man, released back in 2008. The superheroes will be seen in a battle against Thanos, played by Josh Brolin,  who wishes to acquire all of the universe’s Infinity Stones so as to become the supreme in power. Thor (Chris Hemsworth), The Hulk (Mark Ruffalo),  Black Panther( Chadwick Boseman ), Iron Man(Robert Downey Jr.), and Doctor Strange (Benedict Cumberbatch) were among the stars who adorned the convention stage. Anthony and Joe Russo are directing Infinity War along with the fourth Avengers film and the screenplay is being done by Christopher Markus and Stephen McFeely.

Feige stated, “ Almost every single superhero we have ever introduced is going to be in the film.” and that “This is by far the biggest production in the history of Marvel Studios.” In the event, he brought out the entire cast beginning with Brolin, who continues being the villain, Thanos, as one after the other, the rest of heroes took to the stage. The introduction of Downey as Iron Man was no less impressive and he stated, “ funny enough, Kevin and I figured all of this out 10 years ago at Randy’s Donuts.” 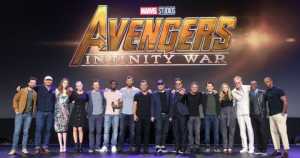 It was then that Downey introduced Russo and asked him to reveal the footage. It began explaining the coming together of the different superhero worlds, beginning with Milano, the spaceship used by Star-Lord (Chris Pratt) and his crew in the Guardians of the Galaxy. A body flies into the spaceship window as they approach a tough planet. When it is pulled into the spaceship, it turns out to be Thor, looking confused at the strange crew which included Rocket Raccoon (Bradley Cooper), Gamora (Zoe Saldana) and Drax the Destroyer (Dave Bautista). An earthbound school bus with Peter Parker (Tom Holland) is seen and the hair on his hands stands on end as he sees a spaceship coming in. Thanos makes his villainous presence known as the battle begins and all hell breaks loose. One of the victims is a new suited Spider- Man, who is seen to be injured gravely in another scene.

As the footage drew in huge applauds and cheer, Russo mentioned that he was excited to get back to work. He stated, “ The culmination of the Marvel Universe is such a spectacular experiment in filmmaking, where all of these franchises come together. That’s the most special moment for me.” 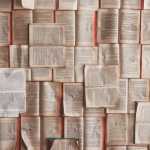 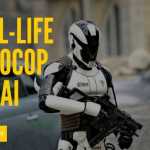