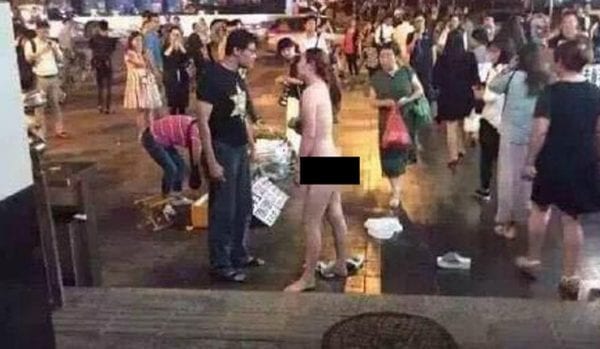 Apple gadgets are the most trending thing in today’s world. It is a dream of many to own an Apple phone or Laptop or Watch. As young as a 3-4-year-old kid is stubborn enough to demand an iPhone from their parents. Whatever be the features of Apple, it’s the brand name that makes it so special. 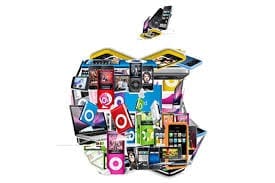 But what is the most extreme step you would take to get your parents, siblings, spouse to get you an iPhone?

Well, a woman in China apparently stripped naked in the market place because her boyfriend refused to buy her an iPhone 6S. Some say that she was a prostitute who was asking money for her services, others say it was a heated breakup argument and some others believe she stripped for an iPhone. 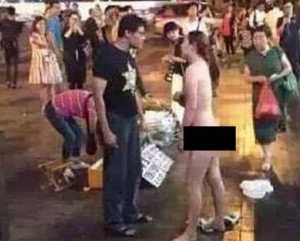 The incident took place outside Sanshanjie subway station in Nanjing, China. What started off as an argument turned into a strip show for on lookers.  The video was uploaded on 20th September and hit 1.2 million views till now. In the clip, the woman can be seen exchanging words with her partner before tearing her clothes off and throwing them onto the floor.

The reason for the woman’s stripping is yet unclear, but if it really was because of an iPhone 6s, then she really was a drama queen.

Iphone’s are totally trending and lets face it, most of the people buy it for its Name and not its Features( except for the Camera though). If getting stripped in public gets you an iPhone then the days are not far away when people start murdering for gadgets. Check this all-in-one iPhone manager for transfer, manage, and video download 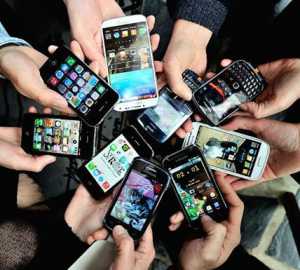 Get some sense people. The world is not ending on gadgets. People lived happier lives without gadgets. Let us try and go back to live that life at least once in a while. You will be surprised to see the nature offering you more than your phones ever could.