Music has always been evolving, from the African blues to rock n’roll to hard rock to metal. But there are still a few songs that are in our hearts, regardless of the time and evolution factor . I feel that these songs must not be missed and are a must-listen categorized songs  for every music lover in this world. These songs , whether they released in the 60s or have released recently have proved that their satisfying power is everlasting, and have given a lot more to us.

I am going to mention 7 of these songs, check the list and make sure that you don’t miss out any one of them:-

Pink Floyd has given us many great songs over the years, and this is one of the best. It has got a more kind of an alienated spirit and sound because of its reverb timings and the composition. Oh! Not to forget David Gilmour’s guitar solo and this song was also featured in the film “THE DEPARTED”

This AC DC’s classic track stole the hearts of music lovers around the world. The song is very catchy and you will fall in love with the song. This is one of the songs that I believe defines the sound of British rock band “AC DC”.

This is the song from one of the greatest albums of all time “APPETITE FOR DESTRUCTION”. It released during the time when POP music started to dominate.

AXL ROSE, the front man of GNR wrote it for his girlfriend. You can hear this song being covered in your city cafes/clubs.

I remember this song being played in an inter school rock band competition in which our school participated. The song to me is truly killer. The energy is damn fantastic and gives goose bumps. I used to listen it all day. And this song is more spiced by its unique song structure and voice of great vocalist MYLES KENNEDY.

Eagles have been one of the most hugest bands. The melody of this song is very different and unique, and you can not connect it to any other song in  the farthest way. If one song had to be sent to space, then I guess this will be the song that would be selected.

Master of puppets is a thrash metal song and it is the title track of Metallica’s biggest selling album “master of puppets”. At least metal fanatics should not miss this one. The thrashing riffs and the grooves are extraordinary. 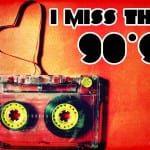