At the end of March, the football world received the news that it had been waiting on for a long time: Ole Gunnar Solskjaer has been given the Manchester United manager job on a permanent basis. The former Red Devils striker signed a three-year deal to keep him in the role until June 2022. 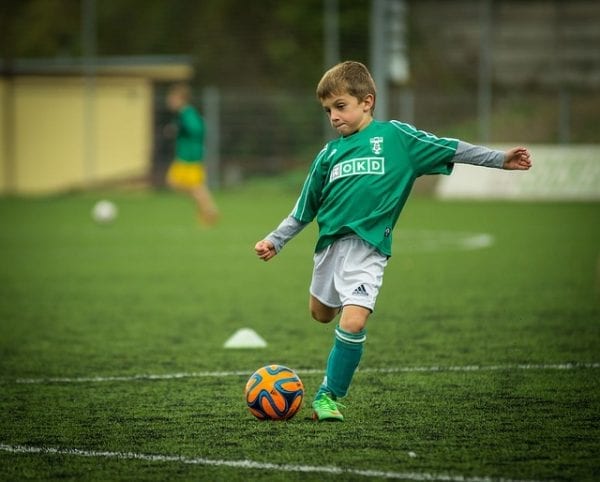 Manchester United are heavily supported all over the world, standing as the most followed and supported club in India, and even have a celebrity fan base that features the legendary, world-record holding sprinter Usain Bolt. Under Solskjaer, a new sense of belief has struck the club’s massive fan base with a hope that the team can start moving towards its glory days under the Norwegian manager.

So, what will it take for Solskjaer to get India’s favourite team moving back towards its former glory?
Solskjaer must continue to inspire his players

Without any new recruits and through many injury problems, Ole Gunnar Solskjaer has rejuvenated the Manchester United team, allowing them to play with freedom, attacking intent, and to their strengths. Players like Marcus Rashford, Paul Pogba, Jesse Lingard, and Anthony Martial have been very impressive when fit, and Romelu Lukaku, who United signed when they sold club and national legend Wayne Rooney to his former club, has also started to shine up front.

A great prospect who many Red Devils fans are excited about is 23-year-old Andreas Pereira. His chances were fleeting at the club in the first half of the season, but Solskjaer is giving Pereira more meaningful chances, as he now has 11 appearances, one goal, and one assist as of the team’s 33rd Premier League game. With the club extending his contract, hopefully, Pereira is a part of Solskjaer’s plans to become the needed attacking spark in midfield.

Manchester United’s defensive corps remains as weak as it has been for many years, saved on multiple occasions by goalkeeper David de Gea, but Solskjaer’s emphasis on attacking creativity has allowed the club to pull away with some huge wins. As of 5th April, United are the underdogs to get into the top four of the Premier League at 3/1 with Chelsea at 11/8, Arsenal at 1/2, and Tottenham Hotspur at 4/11, but if the team continue to play as they have so far under Solskjaer, they could sneak into a Champions League place. Changes above Solskjaer are desperately needed

One of the primary factors that have hindered managers at Manchester United since the departure of Sir Alex Ferguson and chief executive David Gill has been executive vice-chairman Ed Woodward.

He is a wizard when it comes to landing big-money sponsorship deals and sorting finances, but with matters of football and transfers, he has proven to be very underwhelming. Mourinho famously discussed with the press how he had requested five new players, but doubted that he’d get even two of them under Woodward.

Things appear to be changing, however, as Ole Gunnar Solskjaer has alluded to the club potentially being on the hunt for a director of football. The Norwegian says that he, Ed Woodward, and co-owner Joel Glazer are looking at how to improve the running of the club, with someone familiar with Man U being a preferred choice in the new role.

If the Red Devils do, indeed, bring in a competent director of football who has a strong relationship of Solskjaer and his team needs, next season should mark a new era at Old Trafford, with a manager being properly backed in the transfer market.
Time to bring in some new faces

Manchester United are always linked to the best players in the world, but hopefully, they will steer clear of the biggest name they’re linked to right now, Coutinho, and swerve him as they did James Rodriguez. As much as all United fans would love to see it happen, a return of Cristiano Ronaldo seems very unlikely ever to come to fruition.

The team needs to focus on filling needs, with the greatest need being in defence. The transitioned wingers Antonio Valencia and Ashley Young have been United’s first-choice full-backs for a long time, but now Luke Shaw looks to have finally found his footing on the left. Diogo Dalot has potential but is clearly still very green and could do with a full season or two out on loan. At centre-back, it’s a mess of Chris Smalling – who can be effective on his day but is often injured – and the ever-lacking Phil Jones, Eric Bailly, Victor Lindelof, and Marcos Rojo.

At least one top-class centre-back is needed. Napoli are being very protective of the almighty Kalidou Koulibaly, but bigger names have been drawn away from the San Paolo before. Signing Leicester City’s Harry Maguire would certainly cause fans to celebrate through the night.

At right-back, United can afford to buy a less pricey player but need one who already is first-team ready. Many names fit the bill, but Ajax’s exciting Noussair Mazraoui has been consistently strong during the season in the Eredivisie and has been very strong in the Champions League against the likes of Bayern Munich, Benfica, and Real Madrid.
Ole Gunnar Solskjaer has a crucial end of the season ahead of him and faces a massive summer of transfers. But if the club can sign the quality players that he wants, Manchester United should start to steer towards it