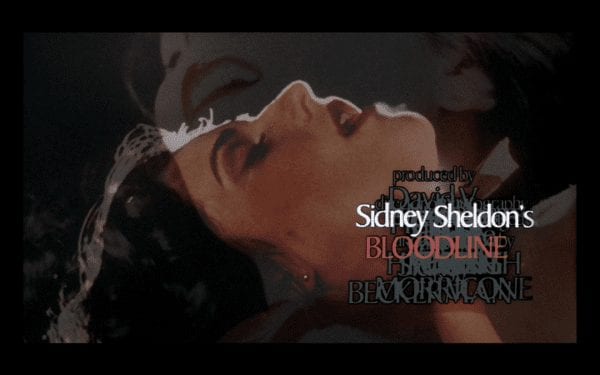 Sidney Sheldon’s Bloodline is the quintessential pot-boiler, a veritable cornucopia of sex, intrigue, and adrenaline.

A racy page-turner, as most of Sidney Sheldon’s novels, tend to be, it was like reading the novelized script of a Hollywood thriller. The settings were both glamorous and eerie at the same time, the imagery larger-than-life. The luxury, opulence, glamor, and danger surrounding the characters’ lives formed a heady mix of breathtaking pace; making it difficult to put the book down once you had picked it up for a read.

The novel, however, cannot be viewed as one complete whole. Two distinct parts form the entirety of the story, and they need to be read and understood separately.

Book one of Bloodline Sidney Seldon is one long voyeuristic joyride of seeing various characters fall in love (or lust), have lots of sexual tension, and finally, sex. Sex happens to be one of the most important themes of this novel – not only when it is happening but even when it’s not. Sex is what drives the plot, drives the characters.

This is not to say that that’s a bad thing in itself, but page after page of seeing a myriad of characters get themselves into all kinds of ridiculous trouble ‘cause they were too sex-addled to act with a modicum of rationality gets a bit monotonous after a while. Surely there can be other motives for a character’s actions (good or bad) than a sexual obsession. In Bloodline, there are none.

Book two is where the main story really starts, and there can be no denying that from here, it is an interesting read. Things happen in quick succession – accidents, espionage, betrayal, subterfuge, and near-death experiences – all very breathtakingly described, fight for space in the heady pages of book two. Crises and mysteries follow one another in quick succession, giving the reader no time to rest, no time to feel even a moment of boredom, all of it finally culminating in the memorable climax, at an eerie, lonely mansion in sirocco-hit Sardinia. 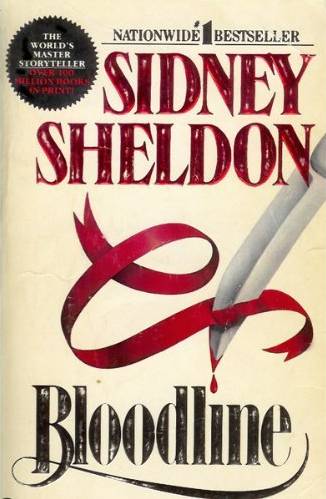 Bloodline Sidney Sheldon was a fascinating read, by all standards, and not a word was wasted in the telling of this story. The plot was well constructed and the imagery and descriptions all brilliant! The characters, however, seemed a bit like cardboard men and women with single-track minds – something that is, unfortunately, true for most thrillers. One of the overwhelming, omnipresent themes of the story, as mentioned before, was the sexual obsession.

This would be fine in itself, if not for the fact that every crisis, every plot point, every problem that the main characters faced seemed to either stem from it or lead to it. Considering that this book has characters enough to fill a small city, reading about all their myriad sex-addled lives tends to get a bit repetitive.

We start off with Anna Gassner, who became obsessed with a hot ski-guide about half her age and married him over the protests of her parents, who believed him to be a fortune hunter. This ski-guide eventually becomes so obsessed with her that he won’t let her out of his sight long enough to get treatment for homicidal schizophrenia, even after she had tried to MURDER him with shears. His solution? Lock her up in her room, leading the police to suspect him of spousal abuse.

Next comes Ivo Palazzi, who is obsessed with not one but two women – one his wife Simonetta and the other his mistress Donatella – both of whom would happily murder him at the slightest indication of infidelity.

In London we meet Alec Nicols, whose main problem springs from the fact that his young tramp of a wife has shopped and gambled him into bankruptcy, getting him into trouble with both the law and the criminal underworld, who are now threatening him with dire consequences unless he repays the money owed to them by his wife. Again, why he doesn’t simply kick her out (as any sane person would), I haven’t the faintest idea.

See a pattern here? There would be no plot – and no problems – if every single one of these characters wasn’t weirdly obsessed with random crazy women who caused them no end of trouble.

The majority of the Sidney Sheldon novel is made up of back-stories. We have the back-story of the heroine Elizabeth Roffe, her love interest Rhys Williams, her cousins Anna, Simonetta, Helene, and Alec (and their respective spouses), and last but not the least, their great-grandfather Samuel, who is by this point long dead.

If we cut away all the back-stories, the main plot of Bloodline sidney sheldon novel would fill less than a hundred pages. This is not to say that all the back-stories were bad – I really enjoyed Samuel’s life story in 19th century Poland – but a little more concentration and elaboration of the main plot wouldn’t have hurt. It seemed curiously undercooked – though over-garnished with numerous (and in many cases repetitive) back-stories.

Overall, Sidney Sheldon’s Bloodline was an interesting and engaging novel, and by the end, I was having trouble putting the book down, so engrossed was I in the story and the mysteries that surrounded the Roffe Empire. However, a little more variety of characterization and motives would have made for a richer, and more believable, narrative for sure.