However, when it comes to physically defend oneself from someone who is trying to hurt you, the matter becomes quite severe. Such physical self-defenses must be mastered by taking non-manual training, which can be obtained by self-defense classes. 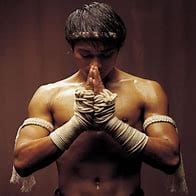 Self-defense can be taken as a competition and in a fun way, but it is more important because it helps to protect you with the help of yourself. In simple words, when you enroll yourself for self-defense classes and get trained, you can save yourself without any other person’s help. There are several reasons why children should be taught in self-defense classes.

Why Self-defense Classes Are A Must:

It is generally believed that the real techniques of self-defense, which is used in self-defense classes today, started in the year 1066 after the Norman conquest in England. Since then, self-defense has flourished and developed into a unique form of art, as some people see it today.

In ancient times, killing even for the purpose of self-defense was a punishable crime. Later, English jurists started debating upon the circumstances due to which someone was killed, and it was then that sudden changes began taking place.

When you think of self-defense, you might imagine two people fighting and quarreling with each other in order to win random battles. It would be very wrong to think so; self-defense classes have developed in such a way that they teach some crucial aspects like discipline and help you stay active, which not only helps while defending yourself but also helps in our daily lives.

Kickboxing is one of the most famous martial arts that is taught worldwide in self-defense classes and is said to have an exceptionally positive influence on kids as well as adults. The name ‘kickboxing’ itself suggests that the game is based on kicking and punching and thus, maximum usage of hands, legs, and energy.

It is one of those martial arts that emerged from karate initially because of the addition of boxing. The focus of the game is to kick and strike the opponent. It is said that kickboxing originated in the country of Japan in the late 1950. There is something called American kickboxing, which originated sometime later in the 1970s.

This energetic sport is considered as a hybrid martial art because it originated from a mixture of a few other martial arts. Kickboxing became popular in the 1990s and has contributed to the world of martial arts and self-defense classes since then.

The history of this sport is quite complicated because of the different types due to the various places where the sport originated. The sport had two different ends in two different countries. In Japan, this sport was very popular and got regularly broadcasted on television, and in America, contrastingly, the rules were unclear rules.

Since the start of the sport, it had been dominated by Japan, and later the competition started extending; the people began participating in more numbers. The European story of kickboxing was short because it got a lot of fame in the beginning but could not even thrive until the 1990s.

This is an efficacious technique taught in self-defense classes and can also be used in other forms of martial arts like kickboxing and combined martial arts. Muay Thai is a martial art that originated from a parent martial art known as Muay Boran. It is also referred to as Thai boxing.

It is said to have originated in Thailand. This sport is dependent on the usage of fists, elbows, shins, and knees and is also known as the ‘art of eight limbs’ due to this exceptional quality. This game is quite crucial, and the hands and legs are considered to be daggers and weapons.

When we notice particularly, the knees and parts of legs are supposed to be looked at as ax and staff. The continuous movements in this sport involve grappling and trying to spin the enemy. The most important part of the game is that the whole body should be contemplated as one unit and must be used accordingly.

This well-known game originated in the 18th century and has only developed since then. In ancient times, as well all know, small battles were not a big deal, and so, Muay Thai was used in small battles between two or three dynasties and was known as Muay.

A specialist in Muay Thai is known as Nak Muay or Nak Muay farang in some countries.

The uprising of king Chulalongkorn’s empire in the 19th century bought a golden era for this martial art. This was the time when it emerged drastically and spread far and wide. Why was this time so important for this particular sport?

The king of that time [Chulalongkorn] was an enthusiastic person and took a lot of interest in sports in general. However, he got a lot more engrossed in this sport and enjoyed it.

This form of martial art was kind of an advanced sport as it required proper training kits for practice and training. The first ever Muay ring was established in Suan Kulap in 1921. This whole era developed the moral roots for the enhancement of this martial art and helped in the evolution of the sport. It is also believed that the first Muay army was formed during the Buddhist times.

Who does not know karate? All of us are fond of watching movies, and most of us have watched the karate kid. Yes, karate is the next fruitful stream of martial arts that is tutored in self-defense classes. 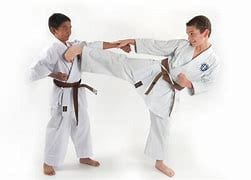 Karate began in the Ryukyu kingdom and has been dramatically influenced by kung fu since then. This form of martial art is specialized in skills like striking with elbows, knees, arms, and legs. Karate later emerged into other martial arts such as kickboxing and also played a significant role in MMA.

The Taisho era in Japan was the time after which karate was being taught systematically in the kingdom. Karate has its roots in history much deeper than the other martial arts. This is because it has been greatly influenced by various battles and uprising, especially when the empire of Japan annexed Ryukyu in 1879.

It is not only related to the annexation of kingdoms but also to the migration of Ryukyuan. Thus, karate has a long history and is deeply connected to the people of Japan in distinctive ways.

Karate at first was written as ‘Chinese hand’ in kanji language. However, it was later changed to ‘empty hand.’  This topic of the meaning of karate is debatable because some people still believe that ‘kara’ means Chinese, while others believe that it means empty.

Along with different methods of striking and kicking, karate also employs forms of blocking and, thus, is used especially in self-defense classes due to its powerful self-defense techniques. The striking surfaces in karate most of the time include heal, forearm, knee, elbow, and the ball of the foot.

Karate is a martial art that toughens kids as well as is said to have successfully toughened adults. It is very popular among women’s’ self-defense classes and is learned by a large number of women. Besides the striking techniques and kicking expertise, karate also teaches various tactics, the correct timing, and the critical aspect of having a strong spirit.

This is a severe form of martial arts that is said to have originated in Korea and has spread its influence far and wide in self-defense classes all over the world.

Taekwondo is one of the most methodical and organized Korean martial art, which is not just a sport but is also contemplated as a discipline. The word taekwondo can be divided into three parts to understand its meaning correctly. Tae means foot or leg; Kwon means fist or fight, and the final word Do stands for way as well as discipline.

Hence, we can now know the meaning of this word correctly. It can be interpreted that the word taekwondo either stands for calming fights in the right way or usage of fists and legs with the correct technique in the discipline.

This sport has evolved and changed over time. It is a 5000 years old Korean game that has been called by a variety of names over this long span of time. This sport is more than just a sport; it is a skill that requires the active usage of the whole body and correct physical postures compelled with proper timing and tactics.

An essential aspect of taekwondo includes the unity of body, mind, and soul, which makes it different from the other oriental martial arts.

Judo is quite a different stream in martial arts due to the distinctive techniques that are used. It is said that the final result is the only thing that matters in this particular technique, and people are given judo coaching according to their interests in self-defense classes across the globe.

This sport is different from other sports as it is a lot more complicated, and the tactics and techniques differ to a large extent. This martial art involves the application of pressure along with the power to pin the opponent. This martial art teaches a very important thing; how to convert the energy and power of your rival in a way that it works as an advantage for you? 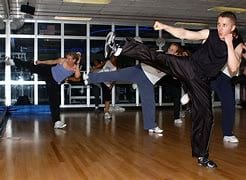 One of the main intentions of this sport is to make students attentive and make them understand the sense of readiness, along with making them as confident as possible.

The name itself suggests what is the next famous martial arts technique that is taught throughout the world in self-defense classes. Many of you are very familiar with this name.

Wrestling is one of those games that people are not just keen on learning but also love to watch. People watch wrestling matches regularly, and if that is not enough, they play video games related to this famous martial art.

Perhaps, wrestling is the only technique for which you might not even need proper self-defense classes because most of you know the techniques used in this game through the video games that you play!

Wrestling is a game played between two people with various techniques. The postures are extremely important in this sport, and your ignorance towards this aspect can cause injuries.  The three main styles of wrestling are belt-and-jacket, catch-hold, and lose styles.

This particular field of martial arts is referred to as cage fighting and involves methods of grappling, striking, and ground fighting. This is one of the most popular forms used in self-defense classes, and consists of a variety of martial arts as the name itself suggests.

Self-defense classes are one of the best ways to learn martial arts and some very important values in life. Moreover, self-defense classes also teach how to be disciplined, along with increasing stamina. They increase and boost confidence in kids by conducting competitions and tournaments that make them understand where they stand. 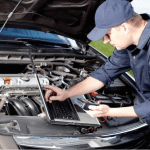 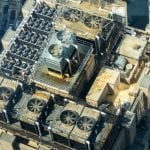