Thunder is the sound which is accompanied by lightning. It does sound very simple right? But have you ever questioned yourself, that why does lightning make a sound?

Two Ways In Which Thunder Can Be Formed

The Simple Reality of Thunder

This vibration is what we hear and call thunder – the rumbling of thunder is simply caused by the vibration or sound of air which is affected by lightning. Did you ever think that the reason behind that mysterious and terrifying sound of thunder could be this simple ?

Have you heard a really loud crack during a thunderstorm ? Don’t be afraid if you hear it. It isn’t some supernatural power coming to get you. It is only the sound of lightning when it is very near us. The rumbling effect is more intensified when thunder echoes off objects around us. All this echoing transforms the original “crack” into a deep rumbling.

What Is The Difference Between Thunder And Lightning?

During storms we generally get to see the lightning in the sky and then hear the sound of thunder. Curious souls may have often questioned this occurrence. Here is the reason why:

Mystery Behind The Thunder

Now we know the reason behind the thunder. But here is the mystery that lies behind those rumbling thunder waves:

Thunder -Continues to Remain a Mystery

Thunder till now intrigues the common people as well as the scientists. Scientists are still involved in finding out more reasons behind the formation and occurrence of thunder. Such a fascination phenomenon of nature will forever continue to be a mystery for us. 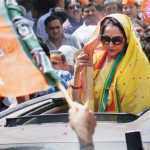