What comes to your mighty brain when someone asks you  ‘Which is the tallest building on the planet?’ Is it Burj Khalifa, Dubai’s iconic mega-tall skyscraper?  Well, you would stand correct for now, but soon enough it will lose its status as the world’s tallest building with neighbouring Saudi Arabia planning to construct the Jeddah Tower, that will be even taller of more than a Km. 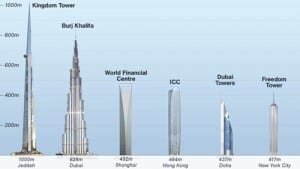 Saudi Arabia recently announced that it would move forward with plans to build the world’s tallest building, a move that would see the Gulf state surpass neighboring Dubai. The Kingdom Tower(As they call it!) is being constructed in Jeddah, a port city on the Red Sea. The city of Jeddah in Saudi Arabia has confirmed its place in modern history, as it will become the home to the next world’s tallest building.

The Kingdom Tower will provide to be a great showcase of Engineering and Architectural skills. Saudi Arabia isn’t all about restrictions but its about expanding their horizons to new possibilities and new heights, well explained by the Kingdom Tower to the World! 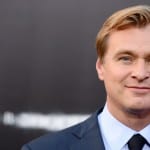 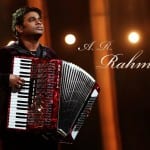