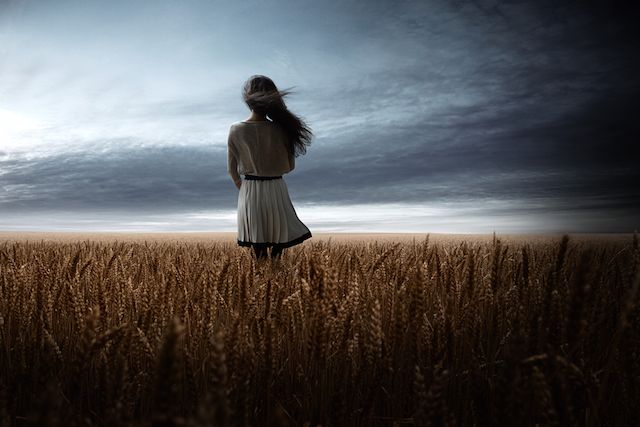 According to astrology, the celestial bodies’ placements in the universe can influence many human lives and their terrestrial environment. This knowledge is not just related to some study, but many different religious texts give divine importance to it. The Saturn Pluto conjunction is one of the best examples of this belief that it cannot be called a myth.

Due to the coronavirus pandemic, the events that happened in the world in 2020 are something people were unaware of until the missile hit them on the head.

However, according to 2020 astrology, this would be something that we destined to. If you want to know more about ‘the darkest time shadowed by Saturn Pluto conjunction,’ just read this article till the end.

What Is a Conjunction?

The conjunction is one of the five aspects of astrology. Aspects are the ever-changing relationship between planets in astrology.

In astrology, the conjunction of planets occurs when two or more planets are in such a position that they affect the same sign. While both the planet’s energies combine to affect the sign, the angle they are positioned in does decide which would be more dominant.

Normally, the one that is positioned in a lower degree would be the dominant one.
The effect of conjunction can be positive and negative as per the planets’ location that is linked to the same sign.

The conjunction of the planet is not a rare thing and occurs every few months or years. However, the conjunction that we are focusing on right now is something that has been last seen in 1982, ‘The Saturn Pluto conjunction.’

The Saturn-Pluto Conjunction in the Capricorn sign occurred on January 12th, 2020, at 11:59 am EST. The conjunction of Saturn and Pluto took place at approximately 23 degrees.

While the conjunction may be seen as one of the things that happen every few decades in the universe, it has a far deeper meaning when it comes to astrology.

Before I tell you the impact of this conjunction and how revolutionary it can be in human existence, I will give you the basic idea of how Saturn, Pluto, and Capricorn play a role in understanding its depth.

Saturn represents discipline, labor, hard work, and commitment. If Saturn is well placed, then it can be a sign of prosperity and wealth. On the other hand, if it is not well placed, it means suffering from eradication and a life of struggle.

The Saturn rules limitation, time, and wealth. It promotes fear as the livelihood of a person depends on the measure of this sign.

The Pluto represents regeneration, transformation, death, and rebirth. If Pluto is well placed, then it can be a sign of strong inner strength. On the other hand, if it is not well placed, it means a person’s weak conscience.

The Pluto rules death and destruction. It promotes the start and the end of life as it the ruler of the destruction.

The earth sign of Capricorn rules domain like the government corporation’s structure and its system and financial system.

Capricorn is a zodiac sign which is ruled by Saturn, and that’s why the sign also represents the laws and fundamentals. 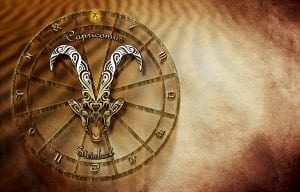 What Does It Mean?

The Saturn Pluto conjunction that transpired on January 12, 2020, with the zodiac sign at 23 degrees of Capricorn, depicted the upcoming darkest time that the people faced during this period of time. Plus, the Jupiter conjoining the moon in the South Node also impacts this conjunction more secularly.

In addition to that, it is a matter of struggle and the eradication of reform to build the new one as per the change needed in society.

Saturn represents the limitation, wealth, discipline, and responsibility, while Pluto represents destruction. When it comes to influencing, then, Pluto is more dominant on Saturn during the conjunction period.

Additionally, the influence is provoked towards the sign Capricorn which defines the law, government, and financial structure.

When we join all the pieces together, we can see it implies the demolition of the laws, Government Corporation, and our world’s financial structure. However, it not only means just demolition of those structures but also streamlines the whole structure.

The whole phase may be for the betterment of the world or maybe not. It only depends upon the decisions we make. For now, what we can see is when Saturn joins Pluto in this conjunction, a new era begins with the major shifts of the entire human race.

Before I tell you a brief elucidation of the circumstances that we are facing due to this conjunction, I would give you a glance at the history, so that, you can easily connect the dots of what is happening and what can happen.

History of the Darkest Shadow

The history of this phenomenon goes way back and is very significant when it comes to Hindu mythology. However, to make you aware of the gist of what it is and something that can be relatable to the contemporary world. I would tell you more about what happened in recent centuries.

The last Saturn Pluto conjunction was seen around 1982/83 with the zodiac sign of Virgo. Now, Virgo is the sign that rules the health and life of beings.

As many of you know, 1982 is the same year when the United States was affected by the great havoc of the AIDS disease. The economy and life of the people had also been greatly affected.

It is observed by the astrologer that whenever the human discovered the planets, it created the impact of what it represents.

The last time Saturn Pluto conjunction took place in the Capricorn was in early 1518. A few months prior to the conjunction, Martin Luther King penned his ‘95 Theses,’ which exposed the Catholic Church’s financial corruption.

Eventually, a mass protest and demand for reformation took place. This led to the formation of the Protestants to differentiate themselves from the Catholic Church’s domination and ingratitude policies.

The result was that a huge change came in the financial structure and the policies that had been followed at that time. 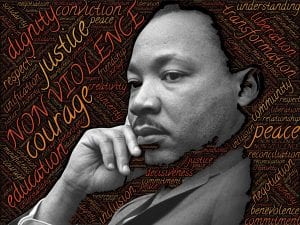 We all have gone through and seen the impact of the conjunction with our very own eyes. The world witnessed the covid pandemic that turned everything upside down.

The contemporary world witnessed a very vigorous time where people were not only lost but were much unspecified of what was going to happen.

The details may show how much opinions, reactions, and ways of looking towards change for every person.

I think we are all very aware of the COVID-19 pandemic that took the world on its toes.

The first case of Coronavirius infected person came in United States around 20 January, which was just a few days after the conjunction. It can be stated that the actual pandemic that started in America originated at the time around the conjunction.

Astrologically, Jupiter (which rules the growth, prosperity, and health) crossed the path of Sagittarius in December, which was around the same time the virus was confirmed.

The pandemic led to people going into home quarantine. People confined themselves within the four walls. The lockdown in various countries and loss of life was not the only major impact of this pandemic.

The crashing of GDPs of various countries, economic strain, shutting of businesses, and increasing unemployment rate were just a few of the more major impact that shook the world with this pandemic or maybe this conjunction.

During the Covid pandemic, people came across a very infamous incident of racial discrimination. George Floyd, an African American, was killed by a white police officer while the police officer knelt on his neck for almost 9 minutes.

The incident sparked racial discrimination matters that have been a subject matter in the United States for centuries. 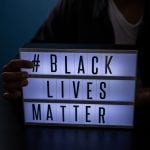 This not only led to protests during the pandemic but created a serious subject for people to act upon.

The pandemic may have tightened the guards of the people but the harsh reality is that we cannot stop living our life.

We have faced the same situation which maybe even worse depending upon the era but we got through it. We don’t even realize that the resources and technology that we have now made the situation way easier than before.

All that we need is some courage and risk-taking factors to make some important decisions. Some of the decisions will affect you personally, while others can affect the whole world.

How Important Our Decision Is?

Many major decisions making are there that play a vital role in making the country structure as a whole; the election in the first week of November in the United States in one of them.

Another conjunction would be there when Saturn would conjunct with Jupiter on 21 December 2020. This conjunction itself is responsible for major shifts as it deals with government and social structure.

In November, there would be the Presidential election, and in December, the conjunction of Jupiter and Saturn would take place. If we connect the dots, then around December, we could see some major government changes that could impact the structure dealing with social affairs.

While 2020, predicted to be a tough year, it prognosticates that the struggle might continue in the next few years, though it will get lighter as the time passes by. The upcoming years are more for progression than that of pandemic situation.

What Should We Do?

As per the astrology, the effect of this Saturn Pluto conjunction would mark its end till 2024 when Pluto finally leaves the Capricorn sign for good.

However, until that time comes, we have to make major choices for ourselves and the world order. The main factor that we have to focus on is to take a risk to make life on earth more viable.

The situation that we are in is nothing but a future as ambiguous as it can ever be, but there are things that we know of now that we were not aware a year or maybe even a day ago. Use this information to reach the point which you can see as your haven.

In my opinion, no one can ever predict what is exactly going to happen in the future because it is more dependent on you and me. Astrology can just help to know what the challenges we have to get ready for, and it can’t foresee the whole situation.

The study of stars and the planet is dynamic and changes according to the movement of these heavenly bodies. Astrology is something to believe in but not to trust on. This Saturn Pluto conjunction just shows the genre of the story. It doesn’t give us an overview of what is going to happen in it.

In the end, everything depends on us and how we see the life of us and others.

This year, while we are going through this pandemic, astrology has its say on it. One of the common phenomena of conjunction that took place at the start of 2020 initiated the darkest time of this era.

The Saturn Pluto conjunction that occurred on 12 January 2020 shows the demolition of the government and the financial structure to create new reforms for society.

This conjunction has its past that showed some of the darkest times of human civilization while again proving it’s a point in the present scenario. While the Saturn Pluto conjunction just shows the fate of what we have to go through with, but it doesn’t specify the very choices that we have to make. It is still in our hands how we want our world to be. 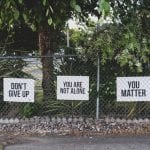 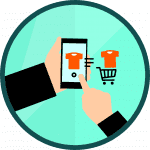