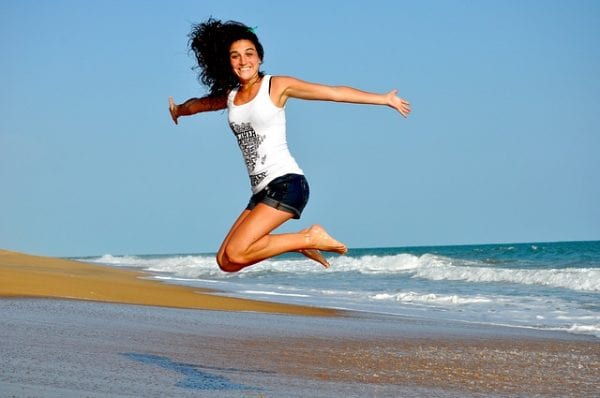 For those in the fitness industry, it is possible that browsing some of the bodybuilding and fitness forums may have exposed you to new information, especially regarding the latest supplements which are being used by bodybuilders and athletes to achieve their aim. While several athletes are interested in an alternative to androgenic steroids based on the side effects presented by the substance, there seem to be an increasing noise and focus on new and revolutionary chemicals known as SARMs.

SARMs are Selective Androgen Receptor Modulators that act by selectively binding to androgen receptors in the body, causing an increase in the production of the testosterone hormone which promotes muscle building, improves endurance and also improves strength.

While there are different SARMs in the market and especially in the Gym, there seem to be one that is getting more attention than others, the Ligandrol or LGD 4033. The Ligandrol SARM is currently rated as one of the most powerful SARMs out there and this is valued by a number of fitness enthusiasts, researches and more.

Physical competitors, models, bodybuilders and more have reported the efficiency of the SARM in creating a cut, dry, and lean physique.

If you are new to the bodybuilding and fitness world, then, you may be a little confused as to what SARMs are, and more particularly, what ligandrol is. In this article, we will be exploring all the possible information you need to make a valuable decision.

SARMs are beginning to get attention in the gym and among fitness experts but in mainstream athletics, they are hugely frowned upon. This is because of the legality of the substance, especially as it has not been certified okay for legal human use. However, the athletics body has also frowned extensively upon SARMs use as it has been revealed to offer undue advantages to users as they are expected to boast of more strength, increased muscle mass, and also increased endurance.

SARMs came into existence in the early 1940s and over the years, they were developed upon in response to disease conditions like cancer, osteoporosis, Alzheimer’s and more. The main action of SARMs was to prevent against the common effect of these disease condition, muscle wasting. However, over the years of research, SARMs have also been found to present other advantages and benefits, those which are very much desirable among fitness experts and more.

Ligandrol, or LGD 4033 became more popular for its potency and especially, SARMs became one of the hottest substance in the fitness world because they do not offer alongside them the common disadvantage which androgen steroids are known for. There are alternatives to steroids that you should consider.

Ligandrol, like all other SARM, works by activating some specific androgen receptors in the body, triggering the production of testosterone in the body. One of the bigger advantages of Ligandrol and other SARMs is that they are specific in their action which is peculiar to the muscles and brain and as such does not tamper with sexual prowess or cause alteration in sexual ability.

Ligandrol, upon activating the androgen receptors and making testosterone available also makes sure that estrogen is not produced, a major compound responsible for the side effects such as gynecomastia when androgenic steroids are used.

Studies conducted have shown that Ligandrol or LGD 4033 boasts of a high affinity for muscle and bone androgen receptors thus making it the perfect SARM for those who wish to break down excess fat in the body while aiming for better and more compact lean muscles.

Ligandrol presents a number of benefits to users. These benefits are mostly associated with the substance’s action on the bone, muscle and Central nervous system.

Since its discovery, several users have noticed its incredible potency and its extreme contribution to muscle building. In addition, ligandrol presents the following benefits;

The Side Effects Of Ligandrol Use

While SARMs have been regarded as generally safe for use, there is the need to know that SARMs as powerful as Ligandrol presents some side effects which are temporary and can be associated with increased consumption of the substance. While Ligandrol is regarded to be completely safe, there is the need to know that some of the mild side effects which have been registered among users include;

These effects are however difficult to establish as due to ligandrol or not.