Sachin A Billion Dreams is a sanctioned biographical movie established on the life and career of one of the most celebrated cricketers of the nation and one man every cricket lover treats no less than a god, Sachin Tendulkar. The movie showcases an inspiring and thrilling journey of a young 10 years old boy who from watching Kapil Dev lift the world cup trophy to he himself lifting it up 28 years later makes the heart of the whole nation swell with pride.

But the real question is: Does the movie show something which the audience doesn’t already know? The answer is No! The thing is presenting the story of a person who is worshipped by almost every Indian who watches cricket and everything he has ever done and achieved on and off the field has already made its way to each and every news channel. Sachin Tendulkar has always been kept in the light of attention, news channels, the Internet, Newspapers, Magazines, biographies, autobiographies, you name it, and every aspect of media has abundance of information about everything related to Sachin, so presenting something people didn’t know was quite difficult, however, the movie might have given a deeper view of Sachin’s personal life and insight of his relationships with people around him but the movie is a bit different from that. Most of the movie shows Sachin playing on different fields and news reporters and commentators praising him, and these are the things we already know and know too well. The movies showed a few glimpses of Sachin’s relationship with his parents, brother, wife and coach, but the root of the movie is Sachin’s journey to winning the world cup in 2011 at Wankhede Stadium, Mumbai.

having said that, the movie is filmed beautifully and even though the story is well known to most of the population of the country, the movie still stands out in the way story is told. 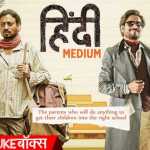 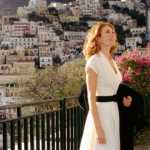