Mr. Perfectionist Amir Khan recently put his view on CBFC(Central Board of Film Certification) aka Censor Board. According to his view, the role of CBFC is to provide Film Certification based on the content of the movie and not to cut a few scenes of the movie and then providing the Certification. The same debate was trending when Udta Punjab was about to release. We have brought a few facts about CBFC which may help in determining the answer of ‘whether CBFC has right to cut scenes or it’s just a certificate provider’. 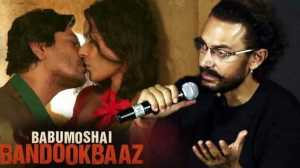 The CBFC is a body constituted under the Cinematograph Act, 1952. Its powers of certifying a film for public consumption was introduced by way of an amendment in 1959. (Source: Wikipedia) As per Cinematography Act, a movie will be first examined by CBFC and then it will be aimed for public exhibition. CBFC will decide which certificate is to be given to the movie. There are 4 types of certificate- 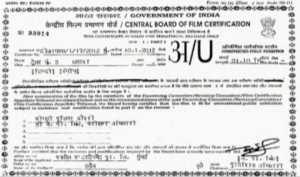 U certificate– Movie can be exhibited to everyone irrespective of age, gender, and qualification.

U/A Certificate– Movie can be exhibited to all but children below 12 years must accompany their guardians.

A Certificate– Strictly for 18+

S Certificate– Restricted to special class such as Scientists, Doctors, and Engineers.

Apart from certification, CBFC was given right to cut or remove any part of movie before exhibiting it for public if it is “against the interests of the sovereignty and integrity of India, the security of the state, friendly relations with foreign states, public order, decency or morality, or involves defamation or contempt of court or is likely to incite the commission of any offence”. (Source: Wikipedia)

This power of CBFC was challenged into Supreme Court. The judgment was in the favor of CBFC. Supreme Court stated “Our standards must be so framed that we are not reduced to a level where the protection of the least capable and the most depraved amongst us determines what the morally healthy cannot view or read. The standards that we set for our censors must make a substantial allowance in favor of freedom. Thus leaving a vast area for creative art to interpret life and society with some of its foibles along with what is good.” (Source: Wikipedia)