Its not just a saying that “the best way to reach men’s heart is by their stomach”. It’s valid for a whole mass of people. So in the case of these celebrities of the sports field, they have a charm in food as leveled with their love for sports. These sports icons have their name on some of the very famous and delicate restaurants around the world. They have already induced the fame with their talent, with the kit, now this time they have tried to fancy it by delicious food.

So here is a list of some of your loving sports legends who have restaurants across the globe:

Everyone knows his love for basketball, and his second love, The Chicago Bulls. It’s the club he had played for years and to give it a treat he opened a steakhouse. The inspiration is his love for steaks, he always prefers to eat steak before appearing for any game. So if you ever get a chance to visit this classic Jordan’s steakhouse, don’t forget to order Delmonico steak. It’ll sure add memories to your trip. 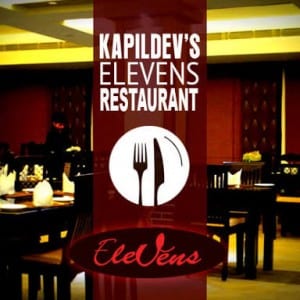 Remember 1983, India’s first Cricket World Cup. The man behind that victory also has a taste to serve. He has always confessed, as being a Punjabi, he loves food. And following the same fashion he wanted that for his fans too. And his wish took a form of the “Eleven’s”. The cuisine serves strictly Asian food, but with an Indian touch. So if you love desi tadka in your food, do take a step in “Eleven’s”. 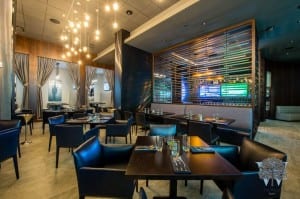 The golfer, the legend, the controversial, he had been shining like a star in the media for his game, in and out of the golf court. But it had hit a new range when he announced of getting into restaurants business. Its recent opening created a huge flare of hype and as opposite to expectations of the critics, is gaining popularity. Its new, it’s trending and it’s classy. It has named under Sports and Dining Club in Jupiter and had already been booked for next five months. Most awaited dish in the menu is the lobster and Jumbo lump crab. Its mouth-watering smell is seducing Florida’s crowd. Don’t hesitate to grab a spoon if you’re in FL.

Any list of sports legend is not complete without this name, he is God of Cricket and like him, his restaurant has made an impact. It’s less like a restaurants but more like a museum focused on Sachin’s life. It refreshes every moment of his life in a fans mind. It is filled with pictures of Little Master. And beside that food is typically Indian and is hosted by Sanjeev Kapoor once in a year. It adds everything to the taste and the dream. What’s more a fan wants? 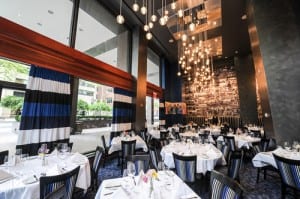 This legend doesn’t need to be introduced. The heart of New York Yankees, a throwback pitcher has also shown in interest in serving food for people. Gary Fosina, a dearly friend of MR and a professional chef along with Rivera opened the grill in 2006. You can visit and get a taste of Mariano’s favorite Panama Special. It’ll be a treat to your heart.

The food and the sport are linked. Both reside in the heart. Both keep you fit. So passion for food for these celebrities just comes back around. It has always been better to serve food, and it will always be!