“Neighbors bring food with death and flowers with sickness and little things in between. Boo was our neighbor. He gave us two soap dolls, a broken watch and chain, a pair of good-luck pennies, and our lives. But neighbors give in return. We never put back into the tree what we took out of it: we had given him nothing, and it made me sad.” –Harper Lee, To Kill a Mockingbird

For all the years I read and re-read “To Kill a Mockingbird,” Harper Lee felt like that neighbor. The neighbor who gave me one of the most beautiful books I’d ever read, and I gave her nothing in return. And now that she’s gone, it makes me so sad. 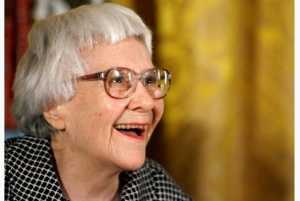 Nelle Harper Lee, an author that changed the lives of so many with just one book, died on February 19, 2016, in her sleep. It is interesting that her pen name was never Nelle because she feared that readers might mispronounce it as “Nellie.” The name was very special to her as it was her maternal grandmother’s first name spelled backward. And this is how, we got our beautiful, simple, yet radical writer Harper Lee.

Now, in the weirdest of sense, we have been made to realize that everyone is mortal, and even heroes die. Therefore, I’m not going to write about her life; I’m going to write about what a hero is remembered for, its work. Her work, her words, our sense of innocence and the knowledge of growing up, To Kill a Mockingbird.

The story revolves around Jean Louise Finch (Scout), her brother Jem, and her father Atticus Finch in the town of Maycomb, Alabama. The book, written in the most simple of the manners, teaches you how to treat innocent people, no matter what their race is, with the case of Tom Robinson. It also teaches you that everyone who’s locked inside need not be a bad guy. Everyone needs a particular space, and we must respect that. It taught us the real meaning of courage, truth, faith, and respect. 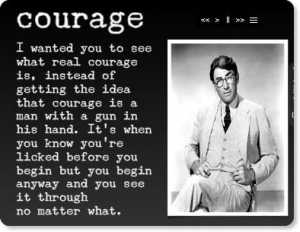 The book very clearly highlights our sense of being superior to others as we grow up, and Harper Lee has explained that in this manner,

“Sometimes the Bible in the hand of one man is worse than a whiskey bottle in the hand of (another)… There are just some kind of men who – who’re so busy worrying about the next world they’ve never learned to live in this one, and you can look down the street and see the results.”

“They’re certainly entitled to think that, and they’re entitled to full respect for their opinions… but before I can live with other folks I’ve got to live with myself. The one thing that doesn’t abide by majority rule is a person’s conscience.”

The book, therefore, changed lives, and this is why it’s taught in almost every school in The United States of America. 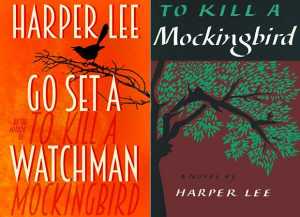 Harper Lee never thought the book would be so famous; she only wanted someone to like the enough to encourage her to go on. But the immediate success and popularity made her feel pressurized, and hence, we never got another book from our Mockingbird for over half a century. But then, in 2015, “Go Set a Watchman” was released by per publisher.

She had very recently described her motive behind writing of “To Kill a Mockingbird”. She said, “I would simply like to put down all I know about this because I believe that there is something universal in this little world, something decent to be said for it, and something to lament in its passing.” And that, she did.

Harper Lee has stayed the face of modern literature for years now. And now that she’s no more, there’s a huge hole that she’s left in the literary world, which can never be filled by anybody else.

Here’s how the world reacted to the death of the author who gave us this world, and the kind of sense we all want to have but forget to inculcate in ourselves.

Rest in Peace, dear Harper Lee. You’re the mockingbird whose music we enjoyed for as long as you lived, and will continue to do so as the tune is a part of our life now. You have left a legacy, and it is there to stay.