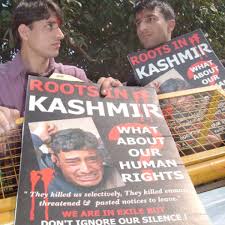 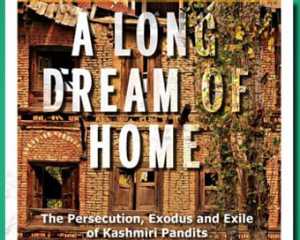 “I definitely want to go back. Kashmir has its own charm, own symphony. KASHMIR IS HOME!” said the man sitting before me. He is my Grand Dad and a Kashmiri Pandit, one of the many who had been intimidated into ‘exodus’ from Kashmir in 1990, forced into abandoning their home and starting life from scratch.
But he added that those were tough times and given the opportunity today, he would return in a beat.
This further leads to the question as to what is it that has been stopping him or for that matter the rest of the displaced Kashmiri Pandits to return to their homeland. Is it FEAR? Fear of failure i.e. not having the life they once had there or is it the fear of Kashmir not being what it had once been; not in terms of rhetorical bliss but placidity of mind of the Kashmiri Pandits, or is it the fear of losing it; all over again? 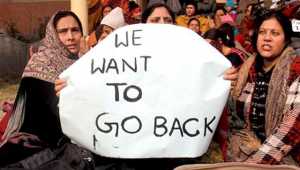 The story of the Kashmiri Pandits is extremely sensitive as it talks about their expulsion from the ‘Indian state of Kashmir’ in 1990 by majority separatist militants who had brought about an insurgency in Kashmir to establish an Islamic state.

The violence against Kashmiri Pandits was condemned and labeled as ‘Ethnic Cleansing’. This story changed the lives of thousands of Kashmiri Pandits whose identities had now been demoted to “Refugees in their own Country”. It is said that the feeling of belongingness is what defines one’s existence. Home is where one goes when paths in life are hard to figure out. But the Kashmiri Pandits were being forced to forget this feeling.
Recalling some of the formidable events, my Grand Dad said, “Life had become hard. Curfews had become a part of our daily routine. Buying basic groceries from the market had become episodes of exhibiting bravery. Survival had become all about minimalizing contact with the untrustworthy outside world. Roads intended for vehicles and pedestrians had been converted into display grounds for Militant Groups, who burnt tires and hollered slogans like, ” Kya Chahiye Hai- Nizami Mustafa!”

Hoardings were pasted on walls and doors of Kashmiri Pandits’ houses with open threats against them. The other communities in the valley were terrorized and daunted not to extend a helping hand towards the Pandits. Temples were burnt to the ground along with killings of prominent Kashmiri Pandits- Position Holders. 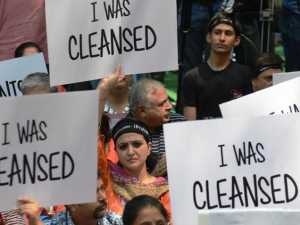 Migration was not easy for the families who had been living on the same soil for generations. Humongous displacement was followed by mass desolation. Crude refugee camps were provided by the Government, which did not even suffice for the necessities. “We also migrated to Udhampur (a town near Jammu) and lived in a two bedroom rented house. We had to abandon our ancestral home in Srinagar. All of our belongings were left behind…” said my Grand Dad, his eyes glistening with the pain instilled too deep in his soul.
Night after night Kashmiri Pandits left behind a part of themselves; some with the hope of preserving it for their return and some did it due to the lack of sure accommodations. 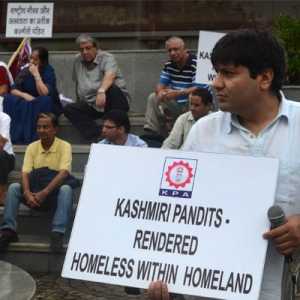 It has been 25 years since this incident took place but the Kashmiri Pandits have not forgotten. Even those who have managed to recover from the economic losses are still filled with a deeper void of separation from their homeland; the one associated with their ancestors, personal and familial memories.

All they can do now is take pride from a distance at their land so widely celebrated for its beauty, traditions and spirituality.

There is also a fear of loss of cultural identity in the succeeding generations. With the dismay that “REMINISCENCE” by the future generations might only be brought down to the appreciation of Kashmir’s beauty, rather than in renewing their own right to survive as Kashmiri Pandits with honor. 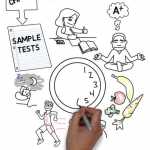