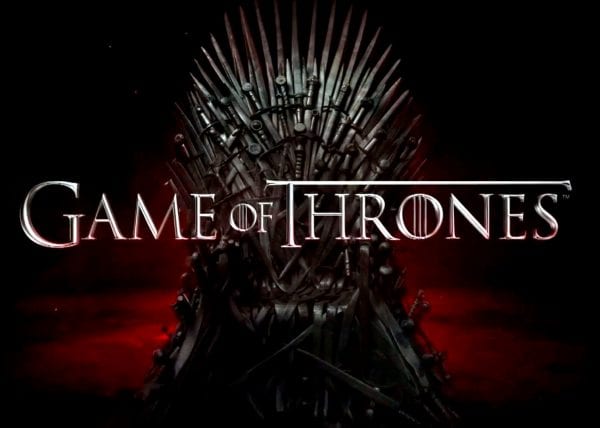 Ah, Game of Thrones. To paraphrase Fred and George from Harry Potter, it’s the TV sensation that’s gripping the nation! Hardly a day goes by without a GoT reference popping up somewhere, like an unexpected yet pleasant jack-in-the-box. In fact, a rather frequent occurrence is hanging out somewhere and being privy to a spirited discussion related to our favourite HBO series by a neighbouring group. However, being a lover of Game of Thrones can be a rather bittersweet experience, with the bitterness sometimes overshadowing the sweetness. And why? Well, here are five solid, obvious reasons every fan will relate to. 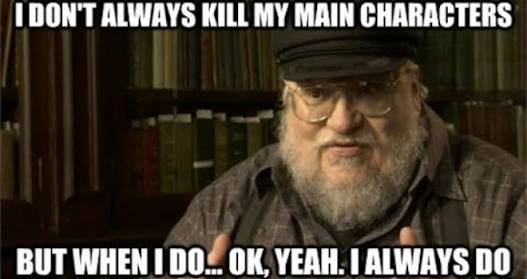 WARNING: The following article will contain AN ABUNDANCE OF SPOILERS. Major, critical incidents from ALL SEASONS (1-5) will be discussed. If you wish to remain spoiler-free, RETREAT IMMEDIATELY. It is not too late; there is hope for you yet. Just turn around and walk away. I repeat, SPOILER ALERT! If you still refuse to heed my warning, may the Old Gods and the New have mercy on you.

Translation: All men must, and, in this case, SIMPLY MUST, die. The saying is customizable to suit our favourite characters, especially the Starks of Winterfell. The producers are a ruthless, bloodthirsty lot who would stop at nothing and spare the audience no pain. Ned Stark, beloved to almost every viewer, beheaded by one of the most hated characters JUST when you thought things were starting to look up for the poor lad. His family, our next hope, butchered like animals. AT A WEDDING. Is there no justice in this world?! The minute you start to care actually about a character, BOOM! Sorry, they just got burned alive. Everything you hold dear, everyone you love, is doomed to perish. This brings me to my next point-

There are blood and violence and extreme gore, and then there is Game of Thrones. Of course, a large number of viewers enjoy gruesome deaths and the like. Some scenes, however, test even the strongest of stomachs. A pregnant woman stabbed multiple times right in her stomach? An actual castration? I mean seriously, COME ON! And in spite of these, we are hopelessly hooked on this often heartbreaking show. The reason?

Not ONE season, hardly even one episode, ends without a cliff-hanger. The season endings, in particular, are torturous. A typical fan goes through four phases, similar to the stages following the end of a relationship:

The character grey area on this show is seemingly vast. It is almost impossible to make your mind up about a person, and you end up floating awkwardly in this soup of moral ambiguity, vacillating between extreme dislikes and tremendous likes. Good characters do questionable things while suspicious characters do good things. A lot of actions and decisions are taken because of a lack of freedom or fear for one’s life, and most are born from the circumstances they are carried out. NOTHING is black and white; there is no one ‘good side’ to root for and a ‘bad side’ to loathe. Assigning a person to either team is a risky business, and it often leads to…

Once you decide to hate a character, you strike him/her off with an invisible marker in your mind. You collect evidence to justify and fuel your dislike; you attempt to convince the world how your judgement is sound and validated. And then comes a twist in the tale and all your efforts backfire to blow up in your innocent face. Take Jaime Lannister for instance. How many of us could resist hating that smug, incestuous jerk? He nearly killed BRAN. He crippled him on purpose. Our sweet summer child, for the Seven’s sake! Once the journey with Brienne began, he won us over bit by bit. We started to sympathise with him, to feel pity for him. We started to – the HORROR – LIKE him. And there we were, left looking like fools while George R. R. Martin sniggers quietly and triumphantly in his mansion.

So there you have it. Watching GoT requires you to have rather masochistic tendencies. However, in spite of all the suffering we brave, in spite of all the moments that make us want to rip or own hair out and bang our heads against our desks, every Game of Thrones fan would not hesitate even a moment before recommending this brilliant show. As for me, I wouldn’t have missed it for the world!