Why success is big? Why is it celebrated? Because it has made you complete the job, or because it has coined you to your goal. Neither. It is big because you’ve failed a thousand times to reach here. You celebrate it because it had cost you so many failures, so many disappointments that you want to cherish it. Success is a sweet fruit which grows on the tree of defeat. The easiest thing in this world is “to give up”.  And the hardest thing is to rise up again and give a fight. To try a new way, to decide “to win or to try harder”.

Still not convinced why you need to stand again, here are six reasons why failure is a bliss:

One of the greatest scientist and inventor of light bulb. He had failed 1000 times before inventing the light bulb. Imagine how world would’ve been blessed with the bright yellow light if he had gave up after the first time or 999th time. But he did not. Your every attempt teaches you what you should not do. So that’s not a failure, as said in science it’s an experiment.

2. “If you’re not prepared to be wrong, you’ll never come up with anything original.” ~Ken Robinson

Trying is necessary, because it leads you to make something new, sometimes in one go, sometimes in a million. In order to create your own thing you have to make ones which are “not so good”. You’ll fail. You’ll fail again. Then after trying every possible way you’ll create the masterpiece.

3. “Sometimes we need to lose small battles to win the war.” ~Sun Tzu

The quote from “Art of War” indeed is true. What if you give up at this moment? Maybe just one more try would’ve been led you to success. You’re defeated, you’re are unsuccessful but failure is fatal. Taking next step is the only way to know if you’ll win or not.

Failure is not a weakness, it’s a chance to start again. The only thing you need is courage. Have patience and closely review your mistakes. Don’t repeat them and give your best. Learning with each step forward takes you closer to success. Don’t fear of making mistakes, that’s the only way to learn.

5. “You try, you Fail, You try, you fail, and the real failure is when you stop trying.” ~Anonymous

A win from terrible situation, a position which binds you to get on your knees, the win after putting everything you have, makes a glory. But to achieve that you need the determination, strength of standing again. To face whatever comes in your way, not to forget what failed you but to use it again to fight back. Remember Michael Jordan, the epic basketball player was cut from his high school basketball team. And the rest is history.

6. “Everybody is a genius, but if you judge a fish by its ability to climb a tree, it’ll live its whole life believing that it is stupid.” ~Albert Einstein

Sometimes we don’t fail. We try our effort in wrong fields. Our talents are measured in a way that are not meant to be. So it’s necessary to know why you failed. Knowing you are judged in a wrong manner you have to change your forte. It’s not failure, just a new beginning and this time in the correct turf.

“Failure is not an option” is a myth. Your every unsuccessful charge pushes you closer to an epic win. Only way to lose this battle is to give up. So be ready for a turn, because it’s not the end of road, it’s just a new way. 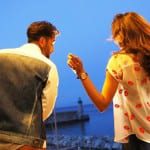