Bollywood music is about fooling the foolish people. Isn’t it? The mass is listening to it and also loving it. The industry has become more of a money-minded industry and has stopped producing good music at all. It is the most crappy music that is being played in our Bollywood movies today. Music directors have forgotten the ethics of true music and are happy because of the money that flows in this particular industry, due to the mass that whistles when the stinky songs are played.

Surely, many people may not agree to it and are even on the point of arguing against it, but don’t worry peeps, here’s mentioning 4 genuine reasons why Bollywood music sucks big time :-

The songs are all dichik-dichik, they’ve got no good note choices at all. The only aim for the music directors is to make sure that whatever they produce is played by their “dj wale baabu”. There is no melody in the songs they make, they produce whatever they are hit with. The genre for this music has been specially titled as “Bollywood music” .

Tune in to 9xm, zoom or any other music channel, you will exactly relate to the “dichik dichik” point that I am talking about here.

Gone are the Gulzar days.. We live in an age where one can go on giving examples like these or even crappier than these if he is given a full day, and probably he can not still end up with it. What lyrics are they choosing for their movie albums? It feels like creativity has seriously ended up in this industry which was regarded as highly prestigious. Lyrics of a song has to be really meaningful, they should have so much depth in them. Listen to great artists around the world, the lyrics are so damn touchy! 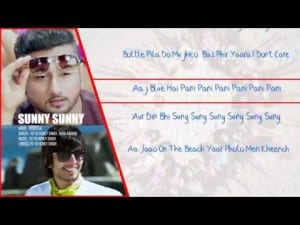 There are hundreds of musical pieces that have been taken to Bollywood from foreign. Sorry, it is not ‘taking’ from foreign, rather it should be called ‘stealing’ from someone’s else hard work and creativity. Hookah bar song from the movie “khiladi 786” that got hit is also copied from Chris Brown’s song , “turn up the music”. The famous godfather melody was taken in the song “raja ko raani se pyaar ho gaya”. A very popular song from the movie Race, “zara zara touch touch me” got its music from a Chinese song, and a great thanks to Pritam for this. He has been doing it successfully for so long, because of us who play his songs in our parties. Here is a link that shows Bollywood imitating and copying:-

There is nothing new that comes in here. I think the people behind making music for our films, should try to explore and experiment with different genres like blues, jazz, rock n roll , funk , pop/rock etc. since they are stuck to the same formula of making music and are happy with it. 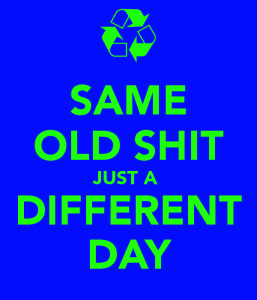