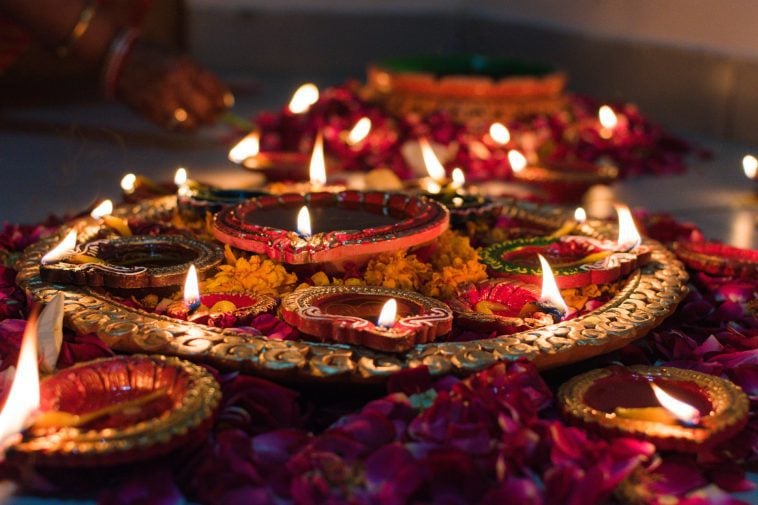 By Udayaditya Barua on Unsplash

It’s an environment of festivities around and you might have already started enjoying the Diwali euphoria. Have you people ever wondered why Diwali is celebrated wholeheartedly every year not only by the richest of the rich but also the poorest of the poor. Well, there are some reasons to why we celebrate Diwali every year. These are mostly mythological and related to the happenings in the age of Gods. According to Hindu calendar, Diwali is celebrated on the new moon day of Karthik month.

Homecoming of Lord Rama and Pandavas:  On this day, Lord Rama along with his wife and brother returned to Ayodhya after 14 years of banishment after defeating the demon Ravana. The citizens of Ayodhya celebrated the return of their dear king by lighting lamps and decorating the whole city. According to the great Mahabharata epic, Pandavas also returned from their exile of 12 years to Hastinapura which was celebrated enthusiastically by the people.

Birthday of Goddess Lakshmi: According to the legend of Sagar Manthan which was a war between the Devas and the Asuras to churn out the elixir of life, many ratnas came out of the ocean during this churning. One among them was the Goddess of Wealth – Lakshmi. As this event also took place on Karthik Amavasya, it’s also one of the reasons why we celebrate Diwali. That’s why we worship Goddess Lakshmi and currency notes on this day.

Aforementioned were two main mythical reasons. Some relevant reasons (now coming to the contemporary world) why you shouldn’t stop celebrating Diwali every year are also there.

You don’t get a frolic festival in the whole year like Diwali to assuage all your worries. It’s one of the most effective stress buster. What works is getting along and spending time with your close ones. People come together under one roof for this festival, don’t you think this physical network is far more better than the social network. You “literally” turn social on Diwali. You try turning bad blood between you and others into good and to forget all the grudge.

You get to flaunt your fashion sense on Diwali as the tradition is of wearing new clothes on the festival. You get to enhance your look on Roop Chaudas. People try to make their home one of the most incandescent of the area lighting it up with lamps and earthen diyas.
Creative folks have got the Rangoli thing in stored for them. Their is nothing colorless on Diwali, be it the crackers, the Rangoli, the lighting and what not. Then you’ve got the crackers and fireworks. Some insane Diwali freaks who just wait for this festival desperately to burst 1000 ki ladi, 2000 ki ladi etc. are a fun watch. In this case, my personal opinion would be to donate something to the poor and down scaling these fireworks thus helping the needy and causing minuscule pollution at the same time.

And do you get to eat those delicious karanji, sakkarpade, kaju katli … and other snacks like these the whole year? So, it can also be declared as the festival of foodies now :P.

Most importantly the holidays are a treat for the children. It feels as if if someone has broken open the letters of “Padhai”. People who work far away from their home in places no less than a sanctum also wait eagerly for Diwali holidays. No one cares for his pockets in Diwali and expenditures are made extravagantly.

So, by now you might have got why you should not refrain yourself from celebrating this five to seven days extravaganza.