Finally the drama over the selection of new coach for Indian cricket team came to an end on Tuesday, 11th July when the acting secretary of BCCI (The Board of Control for Cricket in India) Mr Amitabh Choudhary confirmed through an announcement that Ravi Shastri regime will continue until the end of the 2019 ICC World Cup in England. And the former bowling spur Zaheer Khan will be the bowling coach and the erstwhile batting sensation captain Rahul Dravid was appointed as the Batting consultant for some specific overseas tours.

“On Cricket Advisory Committee’s (CAC) recommendation, we have decided to appoint Ravi Shastri as the chief coach while Zaheer Khan will be appointed bowling coach for a period of two years,” BCCI acting president C.K. Khanna confirmed the development to PTI

After the one year of argumentative tenure of Anil Kumble, he forwent from his designation expressing some controversial answers about the indifference of Kohli towards his technique of coaching. At the time of resigning, he mentioned that the partnership between them was quite flawed and unsound enough. We can clearly assume the Kohli must be happy about the departure of Kumble. There were also some issues about Virendra Sehwag with Shastri but it was captain Virat Kohli whose strong endorsement made the path of  Shastri through the Indian Cricket Team.

During that, a lot of reports revealed the incident of Shastri as the new head coach but BCCI initially appeared to the denial of the statement. While giving an answer the acting secretary Mr Amitabh Choudhary mentioned that the CAC (Cricket Advisory Committee)  is still mulling over the decision of appointing Ravi Shastri as the head coach.

Amitabh Choudhary said,” No decision has been made on the appointment of a new coach. The CAC is still deliberating over it.”

“After a lot of deliberation, it was decided that Ravi Shastri is the coach and he will be assisted by Zaheer Khan as the bowling coach. Shastri’s presentation and vision towards the 2019 World Cup were really impressive. He will be at the helm till the 2019 World Cup. While Zaheer Khan will be the bowling coach, Dravid will help the batsmen on foreign tours. He will work as a consultant and his job as India A coach continues,” a senior BCCI official said.

It will be the third spell of Shastri with Indian National Cricket Team. Earlier during the Bangladesh tour of India, ODI series against England and most importantly the way through semi-finals of 2015 World Cup. With that India also won a T20I series in Australia and capped the Asia Cup.

Last year among the applicants for head coach Anil Kumble and Ravi Shastri were present but the panel turned down Shastri’s application and opted for Kumble. In many people’s opinion, Shastri was the perfect one to replace Duncan Fletcher. But this wouldn’t happen until Kumble threw his scarf in the ring. In the aftermath of Kumble’s resign after the two weeks of India was drubbed by Pakistan in ICC World Cup, Shastri decided to take part in this argument. This year the five applicants were Richard Pybus, Tom Moody, Ravi Shastri, Virendra Sehwag and Lalchand Rajput for the designation. But after the CAC interview consisting of Sachin Tendulkar, Sourav Ganguly, VVS Laxman; Ravi Shastri was the only one who cut through it.

The panel seemed quite confident about their decisions. As expected, the news hasn’t surprised many of the mentors. The experience of 80 tests and 150 ODIs and a former TV commentator and analyst and as a team director Indian team made it through five successive global tournaments, ascended to Number One in the ICC Test rankings for eight weeks and trounced Australia with the flawless victory of 3-0 in T20I series.

“Shastri has been the Team Director in the past, and brings with him a wealth of experience, both as a player and as coach. Zaheer is a contemporary cricketer who assumed the mentoring role to a young fast bowling unit even during his playing days with India. His inputs will be of immense value to our young fast bowlers, who have shown tremendous potential in the last couple of years,” the statement said.

Coming to the new batting consultant Rahul Dravid, formerly he was the coach for India A team and the U-19 for past couple of years. As per the officials, he could be a decent counsellor for overseas tours of India.

“As the Indian team is to play Test cricket overseas in the next two years, Rahul Dravid’s expertise as batting consultant will be immensely helpful for youngsters,” it added.

Another confirmation was landed that day from BCCI was about the appointment of Zaheer Khan as Bowling coach of national team, for this was not widely foreseeable. But this 38 years old pace bowler has a history of records and ranking among all fast bowlers of India as Fourth. India’s pace bowlers like Umesh Yadav, Jasprit Bumrah, Bhubaneshwar Kumar, Mohammad Shami and Hardik Pandya ranged almost 140kph. After Zaheer relinquished on October 2015, he never had an experience as a mentor of the national team. But CAC is positive enough that Zaheer Khan with his years of experience will be competent enough to administrate the pace bowlers of the Indian National Team.

At the end of the discussions, BCCI officials footnoted that all the initial decisions were set to be taken after Kohli’s return to America tour.( Source: BCCI) 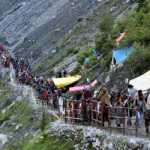 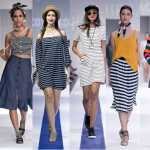