There. It happened again. No matter how hard we try to avoid it, such news always pops in front of us. Yet again, the nation hangs its head down. The capital city, yet again, set the stage for another brutal episode of the rape of two young girls. Is it ever going to stop? That is something worth pondering, or isn’t it?

What is happening to our Delhi? The answer to that has to be given by someone. Rape is not something only happening in Delhi. It happens everywhere. Psychotic and perverted men continue raping girls, women, and even senior women, without any remorse or even sympathy. But, the statistics in Delhi is climbing new steps. The nation has not forgotten “Nirbhaya”, the valiant girl, who fell prey to some heinous and horrible pigs.

December 16 is a date that just doesn’t fade away from the minds of all the women in the country. The capital city is now waking up to more such news. The latest that appeared in newspapers is the fate of two young children. The crude mentality of some men must be condemned. It could be said that one of the pivotal reasons for this kind of atrocities, is our law. The law, which hides behind the bitter truth. It is a fact that most rapists spend a significantly low period in jail. They will be out of it in no time. A rapist is entirely different from a murderer. A murder may have been committed in the spur of the moment. But a rapist is not pressured by any kind of situation. He does it because he is an arrogant, stupid man with a perverted mind. Stringent laws have to be established to make sure that rapists can never terrorize a girl. 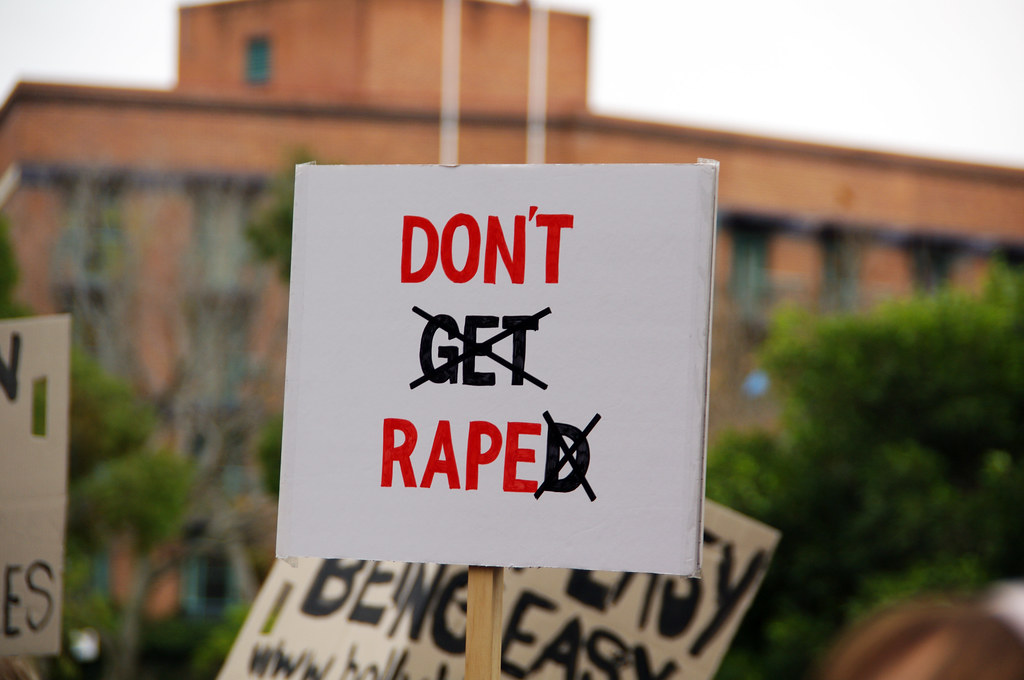 Personally, I feel capital punishment has to be imparted into our system of law, especially to those who cannot show any kind of respect that women deserves. Castration is an even better option to those social wastes. I find it extremely difficult to not laugh at the present situation of our nation. There are people out there to raise hues and cries about the death of cows, but none to share the pain and embarrassment that was meted out to those little girls who were abused by the rapists. I have to apologize to the religious fanatics because I cannot comprehend whether a human being or an animal is the important catalyst in the well-being our society.

Rape here, rape there, she’s being raped, they are being raped. Is this where we are headed towards? Towards a nation that is going to be known for rape? RAPE? Really?

Hurting girls comes from the belief that women are always beneath men. These chauvinist ideals make them think that the most apt way to hamper the empowerment of women is by stealing their integrity and dignity. Nevertheless, the fools are mistaken; terribly mistaken, because women have proved, repeatedly, that they can rise from the ashes. Just like Sunita Krishnan. Situations have changed. Men no longer hurt women so as to suppress the voices of women. They hurt little children. They do this only to satiate their thirst for sex and nothing else. They do this because they are beasts who don’t deserve to even exist.

India has become a place where no one born as a woman is safe. No matter how much money and time we spend on spreading awareness about this, the situation has remained static. Are we a nation where men are such perverts and sexually voracious? Why are these men made to think that they have to mess with the integrity of women? Psychological reasons, might be our answer. It’s really time for us to realise that rape IS no joke.

RAPE- What Are We Going To Do About It?

Awareness programs to girls about how to save self from danger from men is not going to be of much use if the problem is with men. Start with the boys. Start with them young. Still, if they grow up to be rapists, do we need them? A regular follower of news cannot just sigh and propose that let the law take its course.