Men will be men; we keep hearing this a lot, right? Here are the things that prove that. How often have we heard about men complaining about how complicated creatures we women are and how difficult it is to understand us. We too, do not lag behind in addressing our grievances when it comes to our male counterparts because no matter what, at the end of the day, they never change. Here’s why:

10 Points to Prove that Men will be Men

1. Obsession with Gadgets, Gizmos, and anything that spells ‘technology’

From the new video game to the new smartphone in the market, every intricate detail is at the tip of their nails when it comes to the miracles of technology. Though sometimes it is helpful when it comes to taking suggestions, the obsession sometimes becomes downright annoying. Clash of Clans? Yep, you get the gist.

This is the second most discussed topic among men. Men can go to war when it comes to their favorite football club. Every other obligation can go to hell if their team is playing. Ladies, don’t even think of complaining.

Oh yeah, this is something that even the most amazing boyfriend would fail to deny. It was there, it is there, and it will be there. And it is a very, VERY, VERY sensitive issue. Hurting a man’s ego? Bad idea.

5. Curiosity about the hot new girl irrespective of the relationship status

Single? Well, that does not need much explanation. Taken? Even if a man is hopelessly in love with a girl, curiosity would always get the better of him. Either it would be a single friend mentioning how hot the new girl is all the time, or just the basic urge to know this other woman would always be there. But, that doesn’t mean that he is not loyal. At least not always.

6. The constant denial of the inner softie/romantic when with “bros”

Acceptance is a need of every human being. A man, no matter how much he loves sappy, mushy romantic movies, and cried during Finding Nemo and Toy Story, would never accept being a softie when he is with his friends. The same is the case with showing his romantic side in front of his buddies.

A man might be unbelievably romantic when he is with the woman he loves but would have some qualms about accepting that side of him when with friends. That’s just how they roll. Besides, men do not gossip about their love life as much as women like to do.

Many might deny it, but men can do with the limited supply of clothing. Some might wear a shirt for one whole week and not give a second thought to it. Some even go as far as wearing the same underwear for a week!

Him: “Anniversary? Wasn’t it in June?”. No, sweetie, it wasn’t. Yes, men are never good at remembering important dates. So ladies, the next time your man forgets your anniversary, try to be a little more understanding maybe?

9. An eternal love for hair and beard

Pausing at every shiny surface to fix their hair, men have an uncanny obsession with their hair, which at times surpasses women. Oh, and asking a man to shave, is equivalent to asking for his kidney, or some other vital organ. Their reason? The effort put in is too much to be wasted by shaving.

10. ALWAYS needs a woman to get things done

Whether it’s as simple as finding the pair of socks, or the push to go the extra mile or just life in general, a man always needs a woman by his side (even if he denies it).

Relationship counselor John Gray explains the reasons behind the common relationship problems between men and women in his famous book, aptly titled “Men are from Mars, Women are from Venus.” The difference in psychology between the two sexes thus makes it slightly difficult for both a man and a woman to find common ground.

Though there are exceptions, most men are guilty of doing everything that has been put on this list, and they are always going to be so. Having said that, women too aren’t entirely innocent of doing certain things that define them and do not make sense to men. But, both men and women need each other for a reason as mammoth as the survival of the human race. So one just has to deal with it. 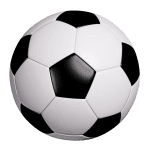