What are human beings made of? If you’re going to answer atoms, you’re wrong. If quantum mechanics was a way to define them, then so much melodrama would have been avoided in past. No, I believe humans are made of more complicated segments, fragments which no one will ever understand. Human beings are made of emotions, drama, understanding, ego and so on. People have made so much progress in the years that has gone by, but no progress whatsoever in what controls us, the emotions that drive us off the cliff. Shrinks are the people who we go to because we assume that they understand human beings. That’s a big lie and we all know it, shrinks understand the common features of human being as whole, not individual human beings. They don’t understand you as a person instead they understand you as a species they have spent their lives studying and a species which they try to relate to according to their studies. They judge. That’s a funny statement, it’s funny when someone says ‘I don’t judge’. That’s a lie, everyone judges. From the age at which we start remembering things, to the age where we stop, we judge people left right and centre. You can tell me I don’t judge, but that’s not true. The moment you hear a story about someone else and decide that that person is a bad individual based on the stories that I have told you, that means that you have judged that person without knowing that person. That also qualifies as judging. The moment you look at someone and decide that that person hasn’t explored the more philosophical end of life, you are judging them. The moment you think that someone isn’t as good as you or intellectually as smart as you, that means you are judging them. In short, no matter what opinion you have of on anyone is basically a judgment.

You can never know a human being too well to know what they are going to do or what they are going through without judging. You can know 9 out of 10 times what your friend is going through, but there’s always that one time where you judge a person wrong, or you judge the situation wrong. In short everyone judges. People who say that they don’t judge are the biggest liars in the world. We say we don’t judge, why is that? It’s simple, its easier to tell someone that you won’t judge them regardless of what they tell you, this comforts the other person and gives them security enough to tell you their deepest secrets. But the moment you tell them that you won’t judge them, your mind comes up with a thousand and one stories that could possibly match whatever it is that you friend was going to share.

Here’s another thing that I don’t understand, security. People have to be so secure about everything, their bank balance, their house, their property. The security I am talking about is the emotional one. Security is the basic food for religion, it is the very nutrition that helps religion sustain. People believe in God because they want something or someone to love them endlessly, because a life spent without love is just scary. No no, don’t be a better person to deserve love but create a imaginary person who will love you nonetheless, in short god is just your imaginary friend that should have stopped existing the moment you entered maturity. People have to feel secure about the way they talk, the way they dress, the way they walk, even the way they eat. They are worried about what people around them are going to think. What I always fail to understand is why bother? Why do you want to bother what some x,y,z is going to think about how you eat or talk or walk. You don’t know that person, you have never met that person, you will never meet that person in your life again nor will you never talk to him again. For those 3 seconds of your life that you come to physical field of that person you worry so much about what that person is going to think about you. How sad can your life be? You are never going to satisfy everyone, there will always be one person who will not be satisfied with what you are. What are you going to do then? Try and try to satisfy the person that doesn’t matter instead of satisfying yourself? Does self satisfaction not mean anything anymore to people or was it just a hoax for the people who wanted to seem different?

Human beings, they seem so simple and yet aren’t, the plethora of emotions that are wound around a imaginary soul is what excuses us from our actions.
The need to not be a failure in front of others, the need to not have another failed relationship, the need to not accept the fact that it’s over even though it is. These are all helpless struggles of one person trying to stay afloat grabbing whatever pieces of the broken ship they can. ‘Moving on’ is such an imaginary phase that people use and yet the simplest. You can tell someone to move on, but you wouldn’t know the pain of it. That doesn’t however excuse the person to mourn over the broken ship. Life is short it’s not long enough to be worried about something as trivial as a human relationships, especially a human relationship which is controlled by the most unstable emotions. 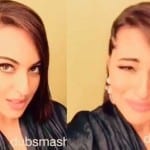 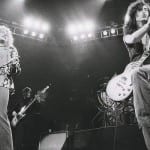