Perhaps none of us are quite as happy with the way we look as we should we. We’d all like a tweak here, a tuck there – and so do celebrities. And some frighteningly decided to take their addiction far enough to look nothing like their former selves. Since the years of its popularization, plastic surgery has made waves throughout the world, and while Hollywood actors are the most suspected, it was found out that almost all of Korean actors have undergone the knife. It is practically a tradition there. So let’s take a look at some of the beauties who ruined themselves with an overdose of procedures:

Most of the people who undergo the knife seem to pretty even before they decided to alter themselves. It’s always the quest for the “perfect” nose or “perfect” jawline that sends them to their doom which is why we wonder why Jackie Stallone, mother to Sylvester Stallone would decide to preserve her youth in such a terrible way. At 93 years old, she admits she regrets all her decisions as she had had more botox than she could count and even had her lips injected at some point. He also conceded she had used to much of cheek filler called Juvederm. At some point, one wonders what clinic she went to that ruined her socialite career.

Our victim from South Korea. One of the members of the top girl band 2NE1, she reportedly started on a good term. The early nose procedures and eye tweaks made her better but then she took it too far with lip injections and finally a chin implant. With more work on her eyes and nose, she now looks like a wax doll though it hasn’t lessened her singing abilities and she remains a fan favorite. Her company tried to camouflage the procedures as necessary for her lymph node problems, but her distorted chin implants beg another story entirely – though it is more often than not hidden by enough cosmetics. While polls vary from whether she ruined herself or is now just a plastic doll with “different” features, it is undoubted that she retains none of her original features.

Back in her days, one-half of the creator of Versace used to be a beautiful lady. While her procedures are certainly botched up by the poor or excessive botox, excessive tanning and the pale white hair hasn’t helped he cause much. But on the contrary, Donatella maintains that she likes her appearance and is happy with the work done and goes far to maintain the look with proper creams and treatment. Nevertheless, she is a self-made woman who rose to her position from nothing and deserves recognition if nothing more.

This is actually a very sad case from the archives of South Korea where a beautiful model in a bid to preserve her youth ended up taking drastic measures by herself. Her doctors were concerned with her addiction to silicone injections and refused to give her any more so she decided to self-inject herself with those bought from the black market which turned out to be a mixture of silicone and cooking oil. At least her doctors took notice that her face kept swelling (unlike some others in the list whose doctors could have warned them a bit earlier). She wads diagnosed with psychological problems but dropped out of rehab because it became too expensive and lapsed into her old ways. But the damage was done. After many corrective surgeries, her face is better but still disfigured and swollen irrecoverably. Even her parents failed to recognize her after the fiasco.

Valerie is just one of the many women from Russia, who have undergone the knife in a bid to look like Barbie and denied it furiously. Not only has she had breast implants, but experts believe she also had her floating ribs removed to maker her waist slimmer. Her dimensions are now consistent with the current Barbies Mattel is producing and is simply one more example of achievable body shapes. Lukyanova claims she is forever on an all liquid diet and exercises regularly. Other than the surgeries, she always has heavy cosmetics plastered on her face including circle lenses and fake eyelashes. It is safe to say she no longer looks human. 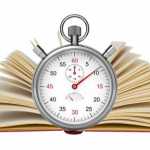 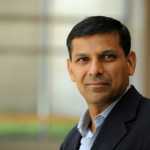