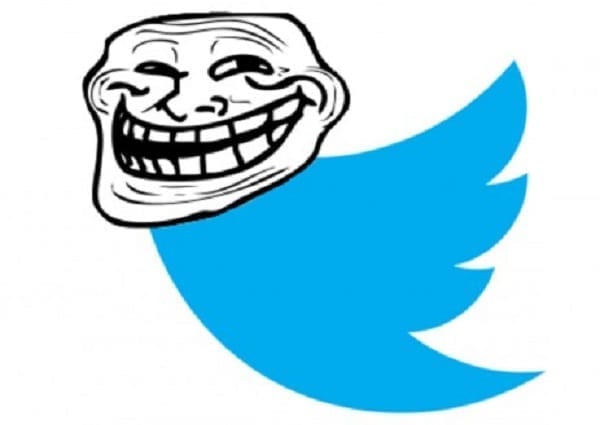 Let us admit that we all were shocked to see Pierce Brosnan endorsing for a brand like Pan Bahar. Every social media site was flooded with posts regarding the fiasco, and the topic was soon trending on sites like Facebook and Twitter. But guess what? Brosnan’s statement on the company misleading him was more surprising than the advertisement. In a recent interview with People, he stated that he is “deeply shocked and saddened” at the “unauthorized” use of his image for the advertisement. According to him, his contract was to advertise a “breath freshener/tooth freshener” which would not include any ingredient that might be harmful.

Nevertheless, Twitter never fails to give us a good laugh and this time too, tweets flooded in as soon as Brosnan’s statement went public. Let us see some of the funniest reactions that people had regarding it. 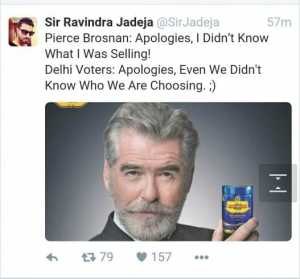 2. And same goes for the second one.

5. And the most hilarious one!

8. And the expert comedian touch !

9. Engineers always make a way into everything, no? 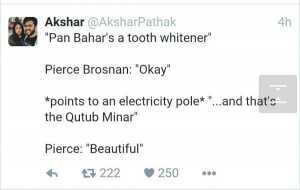 11. Rahul Gandhi, are you listening?

As some of us had already predicted this, most of us didn’t imagine that Pan Bahar would fool Brosnan by saying it’s a teeth whitener. They went a step too far for publicity this time but Twitter is certainly extraordinary at trolling. Twitter has a take on everything, literally! 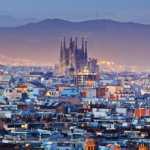