Back in the 1800s, the world was terrified of rabid animals, mostly dogs that might bite them. It was a time when Hydrophobia struck fear into people’s hearts.

Yes! Hydrophobia. You read it right. Back in the 1800s, the disease today known as Rabies was known as Hydrophobia. As it is in today’s modern times, there was no cure for the disease. Which really should not be a surprise since it still has no cure whatsoever. What should be a surprise, though, is that it was a very feared disease compared to today’s times.

Louis Pasteur’s Research of Hydrophobia: The Discovery of Rabies

Today we know that Hydrophobia is, in fact, just the fear of water, and it is really a Psychological problem, more than a psychological one. But do keep in mind that science in the 1800s was just in its developing stages.

The virus strains which cause rabies had not even been discovered yet, and still, Louis Pasteur was able to provide a vaccine for the disease. This was a big feat for any scientist of the time and a big step in the world of science.

Rabies has been known to the world since 2000 BC. The first-ever recorded case of rabies is from the Mysopotaminian Codex of Eshnunna. The Greeks had their own beliefs about the cause of rabies being Lyssa, the spirit of mad rage.

Over time the disease caused much fear in the hearts of the world population. The number of stray animals, especially dogs, was much, and there was no effective cure or even a treatment for the cure, which is still today. With no proper treatment, people still die of rabies, and back then, there was no treatment, meaning death was imminent.

In the 1800s, the disease was rampant because the population of stray dogs was way too high. Those rabid stray dogs could infect any other animal, maybe the people’s cattle of their farm, and those infected animals could, in turn, infect their masters.

Due to their being no cure, most victims died because of the disease until the first-ever vaccine for the disease was ever invented.

Reason for Thinking Rabies to be Hydrophobia

Rabies was back then known as Hydrophobia. It was called that because people infected with the Virus showed a strong dislike in the intake of water, which made them believe that the infected developed a fear of water, which was not true. This was since Rabies causes the salivary glands to inflate. The virus multiples, which causes the person infected with the virus to have trouble swallowing water.

In a very ironic symptom of rabies, the inflation of the salivary glands not only caused trouble in swallowing water, but it also caused an intense thrust in the infected. So, when they say that rabies causes a painfully slow death, it is very true.

The Start of the Research Into Hydrophobia

The world was in for some relief from Hydrophobia when the well known French microbiologist Louis Pasteur took it upon himself to find a vaccine or a cure for Hydrophobia.

Louis Pasteur, along with Emile Roux for a long time, came up with an experiment.

Louis Pasteur had previously worked a great deal on attenuating bacteria, which cause chickens to have Cholera. He started by observing Rabies’ progress in different animals and noted all the symptoms of how they progressed and the conditions and health of those animals.

Later on, he and his team devised an experiment, and he infected rabbits with rabies in a series, and when those rabbits died of the virus, they would take spinal cord tissues of those rabbits.

Louis Pasteur then went on to think about what he dried these samples of infected tissue. This was done in hopes of killing or, at the very least, attenuating the virus- which was unknown at the time. They went to administer these dried spinal cord tissue to the infected rabbits; with time and enough doses, the rabbit was cured of the disease.

The First Case to be Treated Successfully by the Pasteur Vaccine

Joseph Meister was brought to Louis Pasteur in 1885, a young man bitten by a rabid dog fourteen times. His mother brought him to Louis Pasteur- when she found out about his ongoing research on the disease- hoping that the man would be able to help her son.

By this time, the study on the rabbits had proved that giving the shots of dried spinal cord tissue was definitely doing something in the infected animals. After much deliberation among the team members, they all decided to treat young Joseph Meister.

On 6 July 1885, he was given the first shot of a rabbit’s dried spinal cord tissue infected by the virus, which had died 15 days earlier. 12 more shots followed this in the following 10 days. Louis Pasteur and his team kept a close watch on Joseph, and even after 100 days of the last shot of inoculation, young Joseph Meister was well and alive, showing no signs of rabies.

This was met with great applause from scientists worldwide, which led to the establishment of Louis Pasteur Institutes all over America so that people could get the inoculation closer to their home.

Some Other Successfully Treated Cases

Soon after, a case of rabid dogs biting some 4 children aboard a steamship going to Newark, New Jersey. The whole country campaigned to get the boys to Pasteur so that they could also get the cure. While that was not possible immediately, they were taken to a Dr.Osborne.Later, when they were taken to Dr.Pasteur, their effective treatment started.

They were inoculated with the vaccine created by Mister Pasteur. 22 shots were administered, and their health was monitored closely by the team, as was the case with Joseph Meister.

They were successfully inoculated and showed no symptoms of Hydrophobia. Not all the boys could be sent to the good doctor, though. The Scientific community was in awe of the man and his new findings.

After this, Algeria’s children also came to meet the doctor who could cure a rabid dog’s bite. Again the Dr.Pasteur’s treatment proved effective, and the patients were cured.

At his address to the French National Academy of Medicine, he presented his findings on his experiments on the rabbits and the case of Joseph Meister. He stated the need to establish rabbit farms, where the rabbits were regularly inoculated so that the vaccine could be made in abundance and was ready whenever the need arose.

Besides, he suggested the need to go around every town, city, village, and farm and inoculate the rabid animals to be treated. Their bite would not affect any other animal or human. In a sense, it was to stop the further growth of any rabid animals.

The good doctor always told patients that it was not a cure, but it was an inoculation stopping the disease’s spread. And it was noted that even if the patient was not rid of all the symptoms of ‘hydrophobia,’ they were further immune to another case if it ever happens again.

An improved version of the vaccine was released in 1908. The authorities all over the States, Europe, and other countries started a campaign with wildlife authorities to find rabies-infected animals and provide them with the vaccines. People get Inoculated before a bite today because they have the vaccine. Wildlife authorities regularly inoculate animals showing symptoms.

Vaccines and Treatment of Rabies Today

In 1932 nearly 50 years after the first treatment for Rabies was made available, the virus was identified. In 1932 Joseph Lennox Pawan was the first person to identify and name the Rabies Virus.

Today we use other human diploid cells (H.D.C.V), the rabies vaccine used, making Pitman-Moore L503 strain of the virus which has been attenuated. Other than that, a less- an expensive vaccine made with purified chicken embryo cell vaccines and purified Vero cell vaccines – used making the Wistar strain of the rabies virus (attenuated)- are used. The WHO recommends these.

Along with this today, most of the animals are also free of the disease. Any isolated event of such an animal reported is swiftly handled with the local authorities. A vaccine is provided to all those who came in contact with any rabid animal. All such animals are treated if they can be.

It has been 135 years since Louis Pasteur first came up with the very first Vaccine for Hydrophobia. Today, we know what virus causes the disease, it is known as Rabies, and inoculation saves lives worldwide. Sure, he was not right in calling it Hydrophobia, but then again, would that really matter what we call it as long as we find the proper treatment for it.

All the Information in this article has been taken from creditable sites. To know more about Rabies Vaccine, its history, uses, and types, click here.

To know more about the Initial Research of Hydrophobia and its treatment by Louis Pasteur, Check out the December 05, 1885 edition of Scientific American in the Archives of their official site.

To read more on the experiment conducted by Louis Pasteur and more of his successfully treated cases, please check out the December 19, 1885 edition of Scientific American.

All credit for the Aforementioned information has been taken from the above-mentioned sites and links. 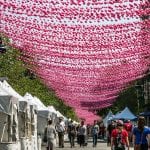