An anonymous quote once said that “It’s beauty that captures your attention; a personality that captures the heart.” By definition, personality is the overall attributes of a person. The character is not measured by possession, what attract people to an individual is their attitude amidst their possession. There are other things to do than to follow someone on Twitter, thus following people on Twitter does not portray idleness or jobless, rather it shows the degree of value and respect one has for the other. Twitter is now a common platform to socially interact with one another regardless of the place, time and even language.

There are people we will want to meet in life; we admire them so much that if given the opportunity, we will want to be with them. Roy Croft once said, “I love you not because of who you are, but because of who I am when I am with you.” It is so obvious that we cannot be with every person in the life, this was the idea of the Victorians, and hence, fiction introduced to help the man escape from reality. There are numerous people to admire or follow on Twitter but in the course of study, ten will be discussed.
1. MALALA YOUSAFZAI

Many people might know her, she’s from Pakistan, she is that girl who has stood up for Education. 18 years old Yousafzai is not just a source of inspiration for girls but to all. Why follow her on Twitter? First, her bravery, she received a bullet in her head, which is a justifiable reason to give up on her dreams but she fought on. An anonymous quote says, “Personality is born out of pain. It is the fire shut up in the Flint.” There are subjects one do not naturally discuss because of its repercussion, and one of such is the issue of woman rights. She passionately gave her 100% to bring freedom to the oppressed. Secondly, her achievement, as a young girl of 18, she has gotten The Nobel Peace Prize, Simone de Beauvoir Prize, National Youth Peace Prize and lots more. Amidst her achievement, she remains humble to the core.

He is an Argentine footballer, currently playing for a Spanish football club Barcelona. For those who say height is a barrier, to Messi height is not, with his height he obtains four times consecutive Ballons d’Or winner from 2009-2012. He is among the three finalists for the best player in 2015/2016. His achievements are so much; that’s why commentators, football lovers, coaches, teammates, family and friends just call him the Best.

She is an American Christian songwriter and a singer. Someone might ask, what is so special about Kari Jobe’s? Lovers of Christian music can answer that question, her style of worship is different, she passionately sings to reveal to the world her identity as a Christian.

How sweet does it sound to be a record breaker? Something that has not happened for over 600 years took place. Gabrielle broke the record after passing her Graduate Diploma of Law at the age of 17. The American teenager attains this courageous height by becoming the youngest person ever to qualify as a Barrister in Britain.

Age has never been a barrier to a determined soul, the Palestine girl at the age of 14 enrolled to study Medicine. The reasons for the lack of progress is because majority admire a fake celebrity, some people are not worthy to be looked upon. Unfortunately, the masses admire such people; the masses admire toys as a celebrity than toil as their celebrity. The latter is those people who are hardworking and positive in their activities.

6. JULIET BENI
As Shakespeare rightly said in one of his dramas, “To be or not to be, that is the question, whether it is nobler in the mind to suffer.” At the age of 19, Juliet Beni received her Ph.D. in Psychology, thus making her be the youngest student to achieve such height. 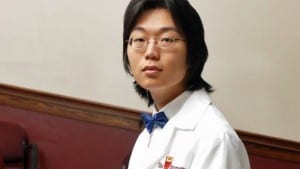 Greatness is not wired in the blood; greatness starts from the mind. If the mind is not ready to explore, greatness remains pending. Here is Sho Yano, an American Physician, who received his Ph.D. in Molecular Genetics and Cell Biology from the University of Chicago. At the age of 21, he became the youngest person to receive an MD.

It is so unfortunate that people get their inspiration from an unworthy source. Life is so principled and at the same time, it has no shortcut. An anonymous quote beautifully says, “A person is like a moon, there’s always the part of the moon he won’t let the other see.” This generation lack understanding that is why people prefer the peripheral aspect of life than to dig deep, no one wants to question ‘WHY but ‘WHY NOT’ due to impatience. The American Computer Programmer and Internet Entrepreneur is the co-founder of Facebook that millions of people use today and even tomorrow.

People enjoy instant messaging without even asking its origin. For those that do not know, Brian Acton and Jan Koum are both a founder of WhatsApp. This instant message was born in 2009 and in 2015, WhatsApp becomes the most popular application for messaging.

According to Ihejieto John “No pain no gain, no labour, no favour.” Christiano Ronaldo is an epitome of Individual struggle; he is a hustler and a crown fighter. He is a Portuguese player; he currently play for Real Madrid as a forward. Football lovers know him to be a record breaker and a single goal scorer. He has won the best player award for three times.

These are not the least of people to follow, there are lots of people out there. These selected people are people who will inspire anyone who loves success especially in education, sports, society, etc. Like Mae West, the American actress rightly puts it,
“Personality is the glitters that send your little gleam across the footlights and the orchestra pit into that big black space where the audience is.” 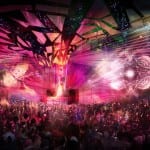