The news about the absence of the current Chief Minister of Uttar Pradesh, Mr. Akhilesh Yadav from the Prime Minister Mr. Narendra Modi ‘s function in which he had to lay the foundation of Delhi-Meerut Expressway in Noida on December 31 has become an overnight sensation and has created the speculations that Mr. Akhilesh Yadav is trying to avoid the infamous “Noida jinx” to save himself from this omen, taking lessons from the history of the former Chief Minister’s and other ministers visit over these years to Noida and its after effects. Noida jinx, as per political circles, as in the past has  troubled  several former Chief Ministers of Uttar Pradesh as well as senior leaders, and Akhilesh Yadav is not ready to add his name to that list.

So, what is the notorious “Noida jinx”?

Well, this is not the first time that Mr. Akhilesh Yadav or any other political leader has avoided their visit to the city due to this superstition. This goes way way back from the day he has become the chief minister of this state. These are some of the sightings where the presence of CM was much expected but to no use:

But not only the current CM of UP believes in this superstition. The former Chief Minister, and BJP leader  Mr. Rajnath Singh in 2001 had chosen to inaugurate the DND flyway from Delhi rather than from Noida. Also, Mr. Mulayam Singh Yadav had avoided visiting the city after brutal Nithari killings, fearing the dubious “Noida jinx”.

But the question still remains:

IS “NOIDA JINX” THE NEW FIX FOR AKHILESH ??? 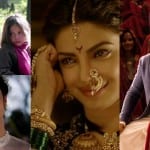