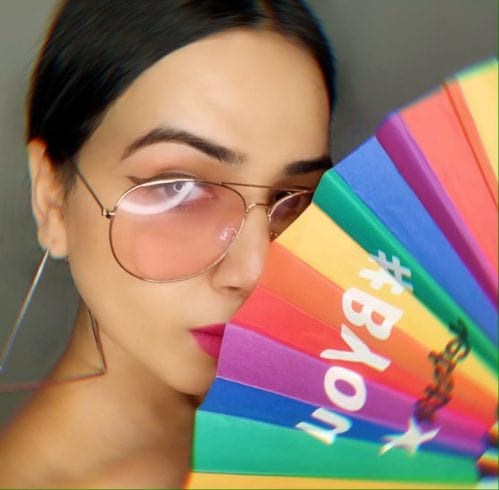 A TransQueen fueled by passion, powerful enough to stand up for her rights and confident enough to tackle adversities on the go- meet Nitasha Biswas, who won the First Transgender Beauty Pageant of India in 2017. She went on to become an actor, TEDx Speaker, and a Trans icon who strongly believes in ‘perseverance’ above all and has set a new benchmark through hard work and honest endeavors.

She has never looked back ever since. Hailing from Kolkata, Nitasha had a troubled childhood. She was born as a boy, but her interests were inclined to that of a girl. She enjoyed being a part of a girl’s group and admired her mother’s saree. She realized she was gender dysphoria at a very early age, at the age of eight.

During the various phases of her life, she got a precise picture of who she was. She took a terrifically bold step by ‘coming out’ to her father but was not accepted by him due to his conservative nature. That didn’t stop her, and her story doesn’t end there. She shares her journey in this Exclusive interview with Icy Tales. Read on to find out more about the life of the TransQueen in this article.

Her Journey So Far

On being asked about her journey post-transformation, she replies that it was no less than an adventure as she got to know plenty of things, understood a lot about life, and felt countless emotions simultaneously. She also won MIQ 2018 and Miss Australia 2019.

Though transformation was not an easy job, she gained more confidence post that as she no longer had to conceal her identity. She no longer had to pretend who she was. That made her a fearless woman today who now knows what she wants and how she would like other people to behave with her.

We asked her as to what made her choose a career in modeling; she says that she had the zeal inside her from the beginning to enter the modeling world. From a stylist to a makeup artist to a model, she grew and learned a lot along the way.

Today, she looks back and tells she is glad she never gave up and is content with who she is now. She wanted to make a difference through her hard work more than anything else in the world. She says, “It’s all how you design your life to be; it shall be.”

On being questioned about the challenges faced before stepping into the modeling career, she believes that real talent is always noticeable. If a person has the passion-fire blazing inside them, then no one can stop that person from doing anything.

But, she says that though individuals from the transgender community are accepted in the modeling world now, they are yet to make a mark in the Bollywood industry, “Acceptance of transgender character for films is the next big thing that should happen in Bollywood. We shall do our roles.”

We know that on the one hand, it takes immense courage to transform, but on the other hand, it means that one is ‘coming out’ to their family and friends. On being asked about how she coped with transformation, Nitasha replies that it was a difficult journey, but she kept going and was strong-minded.

It wasn’t an easy job for her as she comes from a conservative family, and her ‘coming out’ was a massive blow to them. Her friends and family abandoned her. It was just her brother who stood like a pillar of support throughout her journey.

She had to go through a rough period wherein she had to make her family understand and ensure they stand by her throughout, no matter the adversities. She says, “It is essential for a family to stand with a child’s decision, especially when it comes to transgender people. If there’s one thing that could be changed, then it should be the ‘mindset’ and accepting their children who they are.”

She could have shut herself from the entire world when her own family abandoned her, she did not; the fire within kept her going strong no matter what. That’s what made her the person she is today.

One of the breakthroughs was when Nitasha Biswas won the First TransGender Beauty Pagent in 2017. For her, it was a winning moment; many people were proud of her, and she finally got acknowledged by them solely through her hard work.

Her life changed drastically, ensuing the event, and she was motivated more as she got the deserved recognition through nothing but mere hard work. The contest took place for the first time in the history of India, and SHE HAD WON IT.

On being asked about how social stigma affected her mental well-being, Nitasha Biswas says that during her hormone replacement therapy, she was fatigued as it took a toll on her mental health more than her physical health.

It was a rough phase of her life, but she kept going no matter what, and now she’s glad to have overcome those challenges. She tells how, when the entire Society was against her, she had no one but herself to talk.

But, she only gained more confidence and self-freedom through that. She continues, “Life and Time have taught me a lot of things, and I’m a mentor to myself more than anyone else in this world.”

On questioning about the type of changes that are needed to wash out the discrimination and gain equality; ultimately, she says, “Transgender people should be on page one and work shoulder to shoulder with everyone. Only then will equality come into existence.”

“Though the present condition of society is improving, there is a multitude of things to be done right from marriage laws, protection and rights, and more rigorous discrimination laws to provide a safe place for all the community members.”

On being asked about her thoughts on recent happenings regarding carrying Minati’s video that took the internet by storm and Pride Fall, she says, “It was wrong and unethical. It’s time to stop labeling, and it’s high time to see as humans.”

Nitasha Biswas is a humble being with a beautiful soul who continues to progress due to her love and dedication to her work. Even after encountering endless hardships in her journey, she is still growing strong and is now one of the influential women who believes one should unleash their talent and work hard on it to succeed.

In addition to that, she is unafraid to voice out her opinions and fight for her rights. Moving forward, she aims to fight stigma and build a safe place for the LGBTQIA+ community. 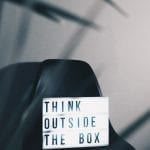 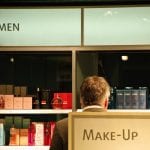