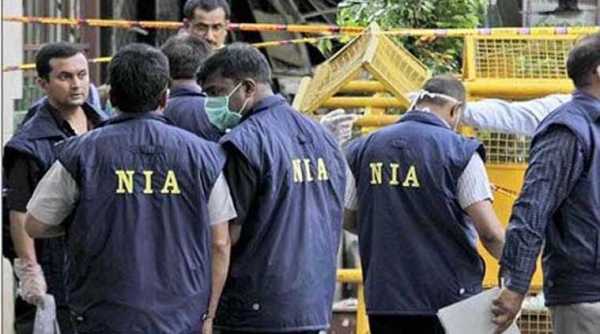 Jammu and Kashmir has been in the news for the violence and terror attacks that take place there. Now, a new development has led the National Investigation Agency to raid 12 locations in connection to unlawful activities against our country. Terrorism is a menace all over the world. We hear numerous stories of terrorist attacks taking place in many countries. The devastation that these attacks cause is humongous. Recent revelations have shown that funding was received by a few prominent and anti-Indian businessmen in Jammu and Kashmir, specifically Srinagar, Baramulla and Handwara districts to cause havoc in the valley. This has caused a lot of unrest and terror in the state of Jammu and Kashmir.

The National Investigation Agency (NIA) has conducted widespread raids in Jammu and Kashmir. Those who have been raided, supposedly have strong links to the Hurriyat leaders. All Parties Hurriyat Conference is an alliance of 26 political parties that contest the claim of India over Jammu and Kashmir. Pakistan views this party as a friendly figure and they have been the cause of violence in the past. On July 24, the NIA had arrested seven members in connection to this case. According to the NIA, these seven people are accused of waging war against the country and were involved in unlawful actions. Altaf Ahmad Shah “Funtoosh”, Naeem Khan, Akbar Khandey, Raja Mehrajuddin, Farooq Dar, Shahid Ul Islam and Peer Saifullah were the seven who were arrested. According to a few sources, Syed Ali Shah Geelani’s sons – Nayeen and Naseem Geelani were questioned by the NIA a few days ago in relation to the same case. Syed Ali Shah Geelani is an important figure; a hardcore Hurriyat leader who supports the merger of Jammu and Kashmir with Pakistan has been 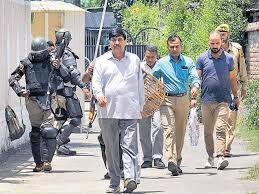 constantly under the radar. According to the NIA, a few agencies in the valley have received money transfers from Pakistan to spike violence and terror attacks in Jammu and Kashmir.

The NIA is now planning on going against the top Kashmiri separatist leaders like Mirwaiz Umar Farooq, Yasin Malik, and Syed Ali Shah Geelani. They are allegedly involved in undertaking illegal business with Pakistan. They recovered letter heads, laptops and lots of cash from their residences. The Hurriyat leadership has been in complete denial of all these allegations and is in serious discussions in order to decide their next steps. Earlier, on June 4th the NIA found Rs. 2.5 crore when they raided the compounds of the separatists’ leaders in the Valley and in Delhi. This has led to a lot of unrest among the people of our country.

Terrorism is a threat that needs to be tackled and to do so all of us have to come together. People of different countries need to join hands in order to win this battle against terrorism. We need to make this world a better and safer place for our future generations and it is our duty to do so. 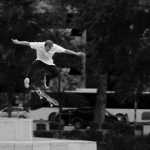 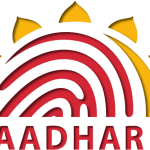