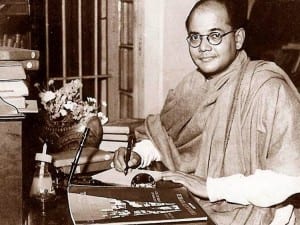 Netaji Subhash Chandra Bose, the man whose life and death, both, have gobsmacked his generation and the ones that followed. Numerous theories have emerged about what became of the man post the crash of his plane, Mitsubishi Ki-21, in Taiwan, each more disparate and shocking than the other. The recent dissemination that has come up is no different.

However, before we disclose what it is, what’s crucial is to have an overview of the pre-existing postulates to decipher the gravity that such a development possesses.

Figgess report was the first report submitted in the said light and confirmed that Netaji did, indeed, die in a Taiwanese Hospital as a result of heart failure from excessive burns and shock incurred when the plane crashed. Thus confirming his demise as on 18th August 1945, between 5:00 pm and 8:00 pm, local time. 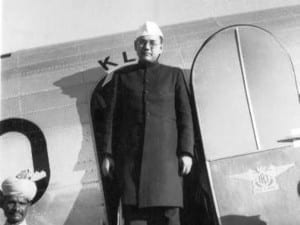 It comprised of INA member, Shah Nawaz’s and Bose’s eldest brother, Suresh Bose’s report that insisted that there was a discrepancy in the statements of witnesses, therefore, reinstating them as redundant. The underlying tone of the report was the assumption that Netaji could not have died before India achieved independence. Despite the muffled emotional insistence it seemed to convey, the reasoning cannot be ignored; which clearly points to the loopholes in the staging of his death.

This report was based on Justice Khosla‘s encounters with various people who claimed to have any contact with Netaji over the years. One such person mentioned in the report was P.M. Karapurkar, a Central Bank of India employee who could apparently receive direct orders from Subhash Chandra Bose by metamorphosizing into a human radio. (Spooky!)

The report put forward by the team of a Supreme Court Judge, M.K. Mukherjee, was a breakthrough in the entire debate, and here’s why. Not only did it assert the presence of a secret plan within the knowledge of Japanese, that took Bose to Russia, but it also revealed that the ashes that were believed to be his were actually of a Japanese soldier named, Ichiro Okura. Okura, it was noted, too had died from a cardiac arrest!

What will surprise you is that, the authenticity of this flabbergasting compilation was dismissed by the Government of India, reasons for which have not been disclosed.

It is developments such as these that have made Bose’s death one of the most mysterious incidents in the history of the world.

However, the persistent efforts of Netaji’s followers to find any traces of the later years of his possible life may have made the episode a little less blurred. It was enabled by their decision to, recently, hire a forensic face-mapping researcher who traced Bose as being present at the Indo-Pakistan peace talks with the then Prime Minister, Lal Bahadur Shastri, at Tashkent in 1966. In fact, Shastri’s grandson divulged that moments before the ex-PM passed away, he confessed that there was something of utmost importance that he needed to disclose.

If what the research claims, is found to be accurate, it would partially confirm the theory proposed in the Mukherjee Commission Report. It would also oppugn the former Government’s denial of the said report when all the facts had been presented in front of them. 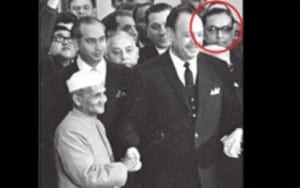 The 62 pages long study has been submitted by Neil Miller and followers of Netaji, after a month-long scrutiny. It holds that “Serious consideration must be given to   the contention that the Tashkent Man and Subhash Chandra Bose share very similar facial features and could potentially be one and the same person.”

In 1946, even Mahatma Gandhi was noted saying that Bose hadn’t died. However, in a future edition of Harijan, he clarified that there were shreds of evidence that distinctly pointed to his death.

In the account of a person’s death, which is characterised by such copious parallel theories (note ‘Gumnami Baba’ in U.P., executed by Stalin, etc.), one can only wonder at Bose’s genius. If he really did go on to live beyond 1945 and was the person in those pictures, how greatly he mocked the Government that had forced him to adopt such a drastic change in his lifestyle.

Hopefully, things will become less distorted, and a wholesome image will surface once the NDA Government Declassifies his files, depending upon how much of the content is revealed for public viewing; and how much of it has been left unscathed. Moreover, it is important that the Government recovers relevant file from Russia that might help in the investigation afoot.

Until then, the ever-intriguing mystery of one of the most remarkable people to ever walk the Earth, Netaji Subhash Chandra Bose, continues..