Netflix Goes Live In India – 10 Things You Need To Know

Premiere online on-demand video streaming service Netflix has finally arrived in India. Increasing its worldwide spoor, Netflix has now reached India and is present in virtually all the major markets except China(like duh!).

And the best part– There is no censoring!

For the uninitiated, Netflix is one of the most famous and popular online video streaming services with major subscriptions in the US and Europe.

The platform hosts a plethora of contents including Netflix originals like House of Cards, Daredevil, Jessica Jones, etc.

You can sign up for Netflix via its website or the Netflix app available on Windows, IOS and Android. 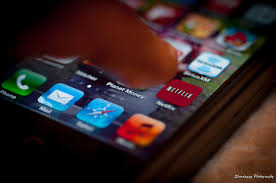 Netflix contents can be easily accessed via the website, apps or even gaming consoles.

Fun fact: As of 2015, Netflix has almost 70 million subscribers worldwide.

Here’s all you need to know about Netflix India:

2. The first month is free for all users, irrespective of the plan you have chosen.

3. During the initial sign-up, you will be billed an amount of Rs. 70 for authenticating the card.

4. The standard package (Rs. 650) will include the option of watching your favorite shows in High Definition (HD). The premium package(Rs. 800) will provide the added option of viewing contents in ultra high definition(UHD/4K)

7. However, a big bummer that stands in the way of Netflix India is the slow broadband speed in the country. This will definitely be a challenge for the company, and we wait to see how they tackle it.

8. Netflix will go in direct competition against other similar services that have already been launched in India. These include Hotstar, Muvizz, Hooq, Ogle, and Hungama.

9. Other major players in this sector (that are not yet in India) like Hulu, Showtime, and HBO- Now may decide to speed up their launching operations in the Indian market(that largely remains untapped).

10. Coming back to Netflix, the service is aptly loaded with international shows and movies. However, it might take some time before the desi catalogue is suitably decked up.

Nevertheless, it will definitely

provide us with the ideal dose of entertainment on the lazy Sunday afternoons. And for the couch potatoes who remain glued to their screens, Netflix comes as a perfect new year gift.

“Today you are witnessing the birth of a new global Internet TV network,”

“With this launch, consumers around the world — from Singapore to St. Petersburg, from San Francisco to Sao Paulo — will be able to enjoy TV shows and movies simultaneously — no more waiting. With the help of the Internet, we are putting power in consumers’ hands to watch whenever, wherever and on whatever device.”

“From today onwards, we will listen and we will learn, gradually adding more languages, more content and more ways for people to engage with Netflix. We’re looking forward to bringing great stories from all over the world to people all over the world.”