Previous Next
We started writing about the myths that guys believe about periods. Soon enough, it was clear that some of these period myths might not be exclusive to guys. There are plenty of women who grow up believing the things taught to them by their mothers, sisters, school friends, bad gynecologists or that creepy old uncle we call the internet.

1. Periods Aren’t Always ‘That Time of the Month’

Periods don’t perfectly line up with the months. We’re not sure if we can call this a period myth or just sheer human stupidity. Months are arbitrary divisions of a year, so there’s no reason a woman’s menstrual cycle should be perfectly monthly. Yet I’ve consistently come across guys who’d been riding around with this assumption.

This fallacy is similar to the last one. There happens to be variation in the number of days periods last. And the amount of this variation itself varies for each individual. Sometimes, you’ll think the bloodbath is all over, and then you get a surprise visit. So no, periods don’t always last for the same amount of time.
And speaking of bloodbath…

3. Period Blood Isn’t How You Imagine It

It’s not a gushing spray of blood. It isn’t even the consistency of water. It’s a viscous mixture that you can’t really explain to someone who hasn’t seen it. Makes sense, since it’s really your uterine lining. Although some women’s periods are more thin and watery. Too descriptive? Devil’s in the details, lads.

4. It Is Possible to Get Pregnant on Your Period

A very common misconception is that you can’t get pregnant while you’re on your period. Although this is unlikely, it is possible for some women whose periods overlap with their next ovulation. In fact, you can get pregnant on your period even if you don’t have this overlap. Consider women with short menstrual cycles who begin ovulating 3-4 days after they finish their period. If they have sex on their last period day, they can still get pregnant, as sperm can live for up to 5 days when inside you!

5. Periods Are Not a Girl’s Worst Fear

You typically see this in first-time boyfriends: a girl’s period breaks and the guy starts panicking because he feels he has to fix something. Soon, he’ll be rolling out sketchy advice and treatment for period cramps that he got off some potato on the internet.
Newsflash: Unless she’s a late bloomer and it’s her first time, she’s been having this every month for a while. So, it’s not a problem, it’s just another day at work.
There you have it. Five myths about periods – busted. Not with deep theoretical understanding or rigorous empirical testing, but with plain common sense. We hope this info made you a wee bit smarter and that you’ll put it to good use. In other words, next time you want to get down and dirty while on your period, just use the bloody condom. 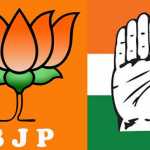