If hunks like Siddharth Malhotra and Fawad Khan are going to feature in the same trailer, which sane girl would miss it? I am completely sane and hence I did not miss the trailer, nor did more than 5 lakh people who viewed it on Youtube. But what wowed me was not these incredibly dashing (Did I mention hot?) actors but the trailer as a whole. The movie has an interesting and talented star cast with Rishi Kapoor playing the role of a ‘quirky’ grandfather, Rajat Kapoor and Ratna Pathak of ‘the always at odds’ parents, Alia Bhatt as the girl both brothers inevitably fall for and Siddharth and Fawad as the cool brothers but with baggage of their own.

The first half of the trailer is lively, humorous and looks like a lot of fun while the second half is more poignant and portrays a roller coaster of emotions. Bollywood has had its fair share of family dramas and love triangles, but this one seems different. Not only do the family fights come across as realistic and relatable, but the focus is also more on the issues of the brothers and family rather than developing into an offhand romance around which the family drama revolves. The general rumour is that one of the brothers (probably the one played by Siddharth) will come out of the closet in the movie. The family scenes give us a sense of dysfunctionality that is present in all families. The easy camaraderie between the family members as well as their fights comes off as very natural. It should not be assumed that it is a typical run of the mill family with the same old dramas. At least, that is what the trailer is hinting at.

Rishi Kapoor asking a young man for his mother’s number is one of my favourite scenes from the trailer. Another favourite scene of mine is when Alia Bhatt calls Fawad ‘hot’ involuntarily. His expression at that moment is to die for. The bickering between Rajat and Ratna has typical husband and wife vibes and adds an element of entertainment that we all hope for in a movie.

The song, “Ladki Kar Gayi Chull” is almost as popular if not more as the trailer. Originally, a part of the album released by Baadshah it has been taken up as the official party number for the movie and reshot accordingly. This song gives us a further glimpse into the movie as we see both Alia’s and Siddharth’s enjoying themselves at a party in it and kissing each other as a part of a dare. Whereas in the trailer, Alia’s character is seen kissing Fawad. Does it create suspense as to whom Alia’s character end up with or does she end up with someone at all? 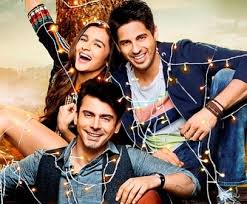 The trailer does cast some doubts too. The concept of a girl coming between two brothers is too old school, and I hope the movie does not spin off into that. Another fear is that it remains a generic family drama without anything new to it. We have enough of those and can happily do without one. There is also the possibility of stretching the scene too far and making so dramatic that it seems unrealistic.

But overall it is an interesting trailer and has the appearance of a good movie which will be different, funny, thought provoking and emotional. Kapoor and Sons (Since 1921) intrigued me, what did it do you?