Anemia can be defined as a decrease in the amount of red blood cells of hemoglobin in blood. It means the lowered ability of the blood to carry oxygen. The most common symptoms are confusion; feeling like one is going to pass out, shortness of breath and increased thirst. Anemia is of different variation and can be grouped as-
• Blood loss anemia
• Blood cell destruction or hemolysis anemia
• Deficient red cell production anemia.
The major causes for a person to become anemic are a deficiency of iron, deficiency of vitamin B12, excessive blood loss, worm infestation in the stomach and intestine. As this is a common problem faced by many people especially women, here are 5 must-eat superfoods for anemia which can cure anemia without iron capsules and with common daily products that has to be included in our daily diet.
1. Beetroot

It is an effective vegetable for fighting against anemia. Vegetable contains iron content which helps in repairing and reactivating blood cells. As the red blood cells get activated it supplies oxygen to all parts of the body. Thus beetroot is the most important vegetable that has to be present and consumed in our daily diet. It can either be consumed in the form of salad or in the form of juice.

It is a leafy vegetable which is most popularly known as it cures anemia, as it contains a rich source of vitamin A vitamin C vitamin E vitamin B9, calcium, beta carotene and fiber. Just half cup of Spanish contains 20% of iron that is sufficient for woman’s body when consumed in your daily diet.
Spanish can also be consumed either in the form of salad which can also include sported seeds or by boiling it in water and include necessary seasoning. This can be consumed as a good soup twice a day.
3. Pomegranate

It is a rich source of vitamin c and iron. It is a powerful fruit used for treating anemia symptoms like weakness, shortness of breath and increased thirst. Pomegranate seed improves blood flow in the body. It can be consumed with seeds or in the form of juice. One full pomegranate in our daily diet will be more enough to cure anemia.
4. Red meat

Red meat is a rich source of iron and vitamin b12 majorly found in lamb, beef, and other red meat. These contents are present in the heart, kidney, and in the liver of red meat. The Heme-iron which is present in these meats can be absorbed by the body easily and thus can cure anemia at a faster rate. Red meat is preferred only for non-vegetable eaters. It can be consumed as in the main course or even as a soup. But it has to be consumed in a limit so that one can gain iron content but not calories.
5. Egg and Seafood

One large egg contains 1mg of iron and it is also rich in protein and contains antioxidants. These antioxidants will help in stocking up of vitamins in our body. One complete boiled egg a day will be perfect for a daily diet. It can also be taken as poached egg or as egg scramble.

Fishes are seafood which contains iron. Popular fishes such as tuna, salmon and also seafood like oyster and mussels are a bag or iron content. A habit of consuming fishes/ seafood thrice in a week will be helpful to get rid of anemia. 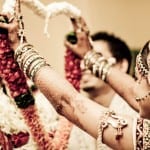