“Racing is a great mania to which one must sacrifice everything, without reticence, without hesitation”

I don’t know what has crossed the legend Enzo Ferrari’s mind but what he said he meant it. Why is racing a thrill, because it involves pace and heavy cars with millions of worth. No, a big no, it’s the life risk which pumps it and it still flows in the lovers blood. Once asked to Lotus driver Mario Andretti how he’ll describe a race he said,

If everything seems under control, you’re not going fast enough.

We all know how much trance he made since then. What I want to say is racing has become a culture, rather, a religion. There are people in it who follow it by heart.

But then a question remains, where are we about it? How are the Indians following that culture? Are we even a part of it? Sadly a spoon in the bucket. The one thing which has drove us a little further in the field is the Formula One Indian Grand Prix which took place in 2011, at the newly built Buddh International Circuit. Indeed it was an achievement. A big one I say. But had it been able to surpass those provinces so that we could match up with the “race” of the world? No. It was our first precious moment when Narayan Karthikeyan became India’s first F1 racing driver in 2005. That was the moment when the country came to know about a killing beastly pump up drive.

At present we have a Formula One racing team registered as Force India F1 under Indian businessman Vijay Mallya. But still its base is in United Kingdom. That doesn’t works for us, as we haven’t even appeared in the races once.

The governing body of motorsport in India is Federation of Motor Sports Clubs of India (FMSCI). Over the years it has involved leading business corporates like JK tyres, MRF, IOC, ITC, AVT, Maruti, TVS, Escorts Yamaha, and Hero Honda which has benefited the sport. But if asked about steps taken to increase the popularity it hasn’t been up to the mark. There are two international race tracks one at Buddh International and another at Chennai by Madras Motor sports Club. There is only one academy which trains aspiring drivers, which is also run by FMSCI members, known by the name The Advance Driving & Corporate Academy.

Several types of motor sports event conducted by clubs in countries are Circuit racing, Rally, Motocross/Supercross, SuperMoto, Hill Climb, Dirt track Racing, Drag Meet, Motor Gymkhana, Autocross, Karting. These all are not popular due to absence of awareness. If taken inspiration from other sports like cricket, it has gained popularity over time but still had to manage the advertisement. Factually speaking, this game has more fun and enthusiasm than any other sport of the same category but still it has been unable to make space in peoples heart due to lack of knowledge about the sport.

According to a survey after the Indian Grand Prix, the local audience for the sport has increased by 17 percent. Just one event, which has showed its colour and created a picture of glory in peoples mind. Although the event was not that successful but it showed us that there are still hopes for it. The main agenda of success in the field for uptown is, corporatization . Where this sport is going to make its place in the business world it will be something else. A thing par excellence. 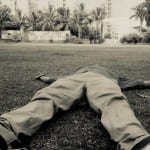