There are many elements that result in the success of a sitcom. It could be because of the plot of the show. It could be the skills of the director or it could be the presence of a talented cast. Some shows, in spite of becoming a sensation, fall at the first hurdle. But there is a saving grace in every show, whether the show is a huge success or not. Actors who are not the protagonists, but still carry the whole show forward with their charismatic performance. Here are 5 most noteworthy non-titular characters in American Sitcom:

It is impossible to consider someone else in the role of Jake Peralta other than Andy Samberg. It would be even impossible to have a storyline without Rosa Diaz in it. She brings with her a whole lot of balance to the team in the 99 precincts. Her character is that of an aggressive and an almost affectless creature. She is said to have anger issues even though she disagrees. Everyone at the precinct is scared of her. She is super secretive and no one knows much about her. All are scared to even ask her anything. She is unique in her own way. The character is very much believable, in fact, the realest character in the show. Stephanie Beatriz portrays Rosa Diaz on the screen.

A story dealing with Sherlock Holmes is never ever complete without Dr. Watson. The show itself is pretty unique as it offers us an idea as to how this extremely genius detective solves crimes in the present times. Elementary shocked the viewers again by having a woman as Dr. Watson. Until now we saw Dr. Watson as a man who coolly and comfortably supported Holmes. The producers changed our perceptions and what a choice for this character. Lucy Liu was absolutely living as Dr. Joan Watson. It always seemed that Jonny Lee Miller and Lucy Liu were having a competition between themselves to provide the best. Holmes trusted Watson so much that he relied so much on her inputs and opinions. The producers have to be appreciated for bringing in a female to portray this significant character. This could be considered as a ground-breaking effort from their part. 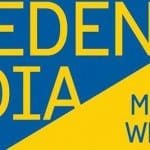