A prank means a practical joke, usually a bit more elaborate than your usual April Fool’s day gimmicks it’s meant to make the ‘victim’ believe that they’re having the weirdest worst day of their life.
This is exactly what happens in this Coffee shop prank, A false wall? Check, A stuntman to be pinned on that false wall? Check, Remote controlled tables and chairs? Check, Spring loaded books and paintings that pop out? Check, Actors to add make the reaction to the prank? Check! 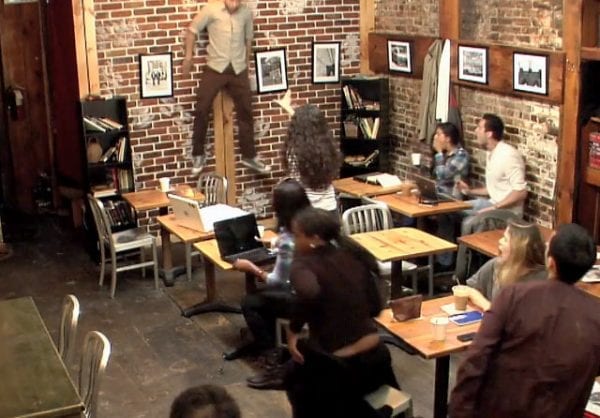 Now that we’ve set the stage for the prank, all one needs to know is what telekinesis is, Telekinesis is the psychic ability to move objects with your mind, i.e. without physical interaction. Sounds pretty neat doesn’t it? Well, it is just as long as the person capable of such powers has a conscience like that of Clark Kent.
Back to the prank for now, with the set-up complete, the play is very simple, an unassuming customer comes in to buy coffee, who then will witness a fit of telekinetic rage from one teenage girl towards a guy who spilled coffee on her laptop! With the poor man being pinned on the false wall, tables and chairs being moved around and books and paintings popping out of their resting place; With actors screaming, shouting and feigning fear, the unfortunate victim of this customer is successfully tricked into believing that telekinesis is real! And all that has happened in front of her eyes is real too! 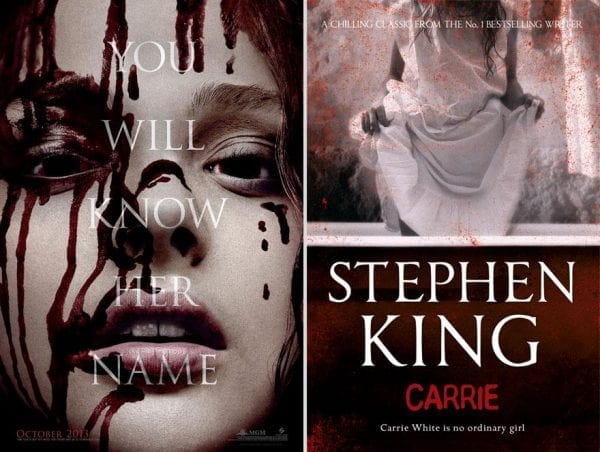 But what’s the reason for hosting such an elaborate prank? To go to such lengths to scare a few unwitting people?
Well, the whole prank, the whole set-up was, in fact, a movie trailer! This elaborate hoax was perpetrated by the stunt-team called Thinkmodo.

In an age of viral YouTube pranks, where everyone can act as both, a witness and a cameraman/woman, it was inevitable that such a publicity promotion would take place. The shock value and the genuine reaction of the victims of these gimmicks are the reason they become viral. This promotion has been particularly successful in garnering about 3 million views on YouTube within a week’s time. Its genius lies in its unorthodox approach to movie trailers while the tried and tested method is to release a teaser trailer, then a couple of trailers while the stars go around creating a buzz around the film by doing press meetings or going on tours promoting their movie.
This prank was a movie trailer for the “Carrie” which is about a tortured teenage girl who discovers she has telekinetic powers, which she uses to exact revenge upon her bullies. This movie is an adaptation of Stephen King’s first novel of the same name.

Having said all that, one cannot deny just how the cool the prank was, the time and effort put in by the actors and the stunt-team certainly pays off as the victims are scared witless by the scene of a man being pinned to a wall by the sheer willpower of a scorned girl!
As an avid prankster myself, I have to admit that this prank is one of the coolest pranks I’ve ever come across on YouTube.

Check out the video: