Often in one’s life, we are faced with the decision to choose between collective responsibility & collective joy and individual success and fame. Although the latter brings more money and power, the former helps one discover the purpose and meaning of existence and brings lifelong contentment, emotional joy, and satisfaction.

Amith Amarnath, a lawyer by day and a social worker and change maker by night, made it his dream goal of making Bangalore the cleanest city of India and took upon himself the responsibility of giving back to the community in the hope to achieve the greater larger good. Having grown tired of people criticizing the inability of the political structure to keep the city clean, he decided to take matters into hands. ‘YOUTH FOR PARIVARTHAN’ was started based on this revolutionary idea itself.

#Inspiration and Motivation for YFP

When asked about his inspiration and motivation for most of his community-oriented endeavors and social work, Amith quoted one of Mahatma Gandhi’s most famous sayings – “Be the change you want to see in the world.” Often we as individuals resort to complaining and criticism in the face of anxiety and difficulty. “Backseat driving” and defense mechanisms come off as a much more comfortable alternative rather than taking an initiative to make a change in external narrative and circumstances.

In the course of its radical transformation into the Silicon Valley of India, Bangalore soon lost its name of “Garden City.” This ‘retiree’s paradise’ came to be commonly known by several of its locals as the “Garbage City” after that.

In the desire to reclaim its long-lost charm and elegance, Amith Amarnath, along with the help of like-minded friends, initiated one of their first cleanliness drives intending to save their city and community. From local residential parks in Banashankari in the year 2014, the organization went on to conduct social cleanliness drives all across Urban and Rural Bangalore.

With the support of his organization, Amith Amarnath holds regular talks and discussions on mental and social awareness and blood donation across government schools and institutions. Every Summer, the organization also takes up the responsibility of superseding a campaign – “Recyclathon,” wherein old and completely unused books are compiled and put together and donated to the less fortunate.

Presently he has shifted his attention to the Coronavirus Pandemic, focusing mainly on providing aid and assistance to people finding it difficult to cope with the current economic and political lockdown. Amith, along with his group members, covers various areas of Bangalore and distributes essential grocery kits to families of daily wage workers and migrants.

#Whom Would You Say You Owe a Majority of Success to?

When people with like-minded goals and objectives come together to work, it fosters an environment of interdependence, dedication, and commitment. People with a strong social network and support group sharing the same aims and objectives are more mentally and physically prepared to cope with a task and complete it. Moreover, teamwork and collaboration also create an opportunity for diverse and multiple points of view and perspectives. 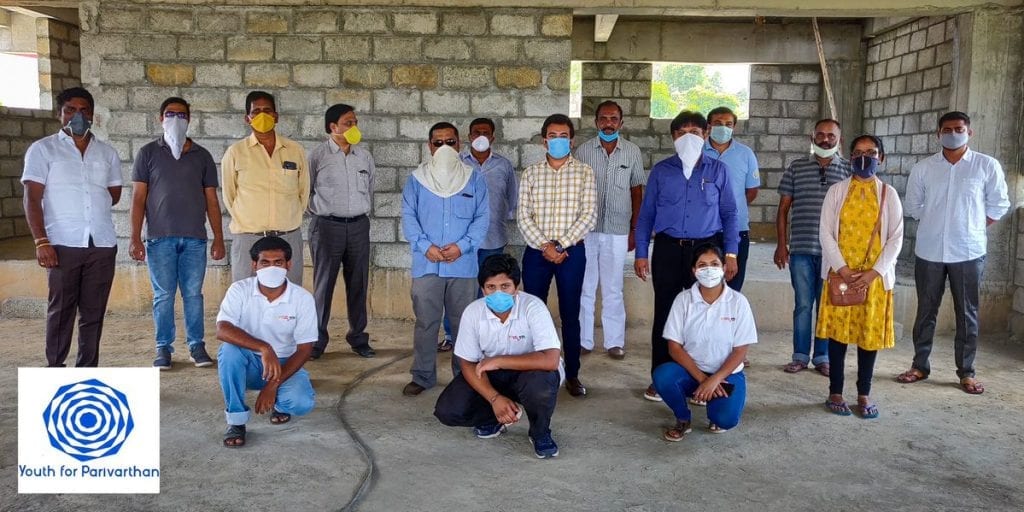 When asked about his success, Amith Amarnath owed most of it to the joint effort and collaboration of his team members. Without the input and energy of a supportive and motivating team, such accomplishment and achievement would not have been possible. The support and motivation of his team have always motivated him to be a better person and bring about a more significant transformation in society.

“We can change our own life and ultimately change the world.”

When asked about significant challenges and setbacks faced, Amith answered that its often cultural and societal stereotype and mindset that stands as a deterrent. Often we as individuals find it difficult to criticize and find excuses rather than take collective action and responsibility.

People refuse to take the initiative on their own, guided by the belief that individual action will not produce any long-lasting effect. People fail to realize that any effort, be it big or small, can move mountains and barriers. People often find it easier to shift the blame and transfer the responsibility to someone else rather than take collective action. They tend to place more importance on their own needs and belongings, failing to realize that we are all human beings, citizens of the same Mother Earth. 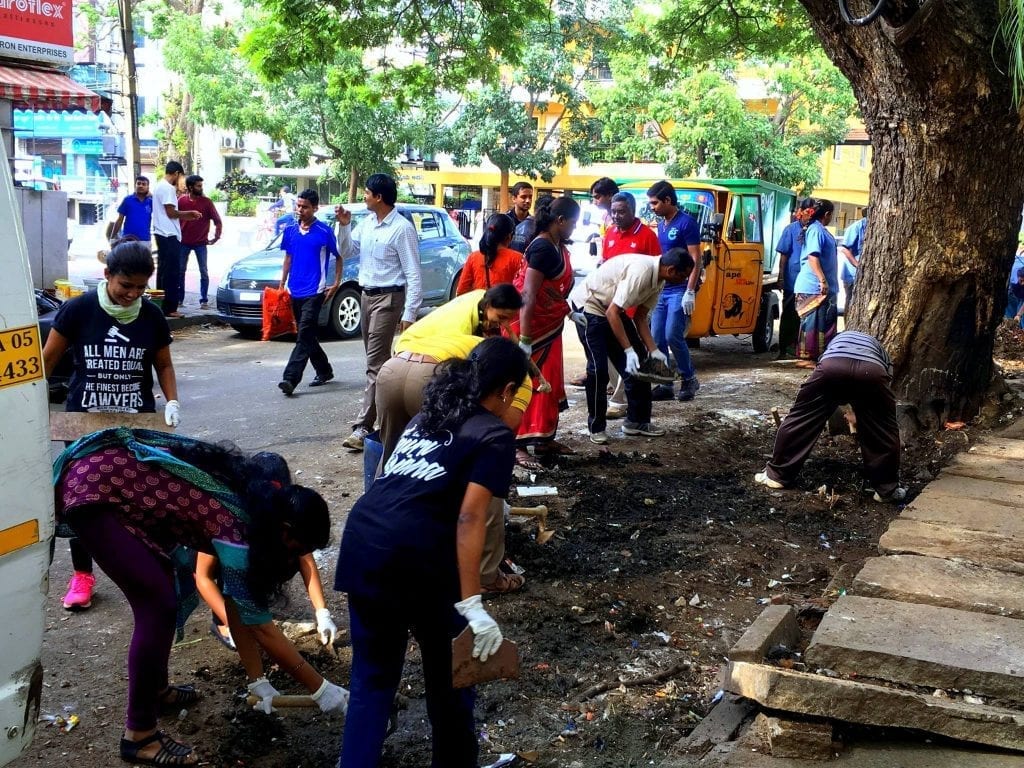 Initially, when ‘spot-fixes’ were started, Amith Amarnath, along with his group members, always faced criticism and demotivation. However, over time, their organization has grown to several around 1500 volunteers, consisting of 400+ active volunteers. Corporates and private companies often collaborate in the form of monetary, economic, or physical support.

# CONNECTION BETWEEN PROFESSIONAL WORK AS A LAWYER AND ROLE OF PHILANTHROPIST

When asked about the connection between his work as a lawyer and his work as a philanthropist,Amith  Amarnath believes his understanding of law and order and the legal system in India helped him understand social reality from a much more legitimate and clearer perspective.

It helped him understand the structure and function of the social and political system and how it ought to function as well. It was this legal knowledge that enabled him to realize how society ought to ideally function and the change in the narrative that was required.

# THE THEEE T’s OF PHILANTHROPY ARE TIME, TREASURE AND TALENT

Often we as individuals fail to prioritize what is essential. By doing so, we fail to give time to what should be done and, in the process, avoid any realization of what is necessarily required. We devote our time to things that hold no meaning and purpose and find excuses to make up for those that need our attention.

“If you ever make time for something, you will do it.”

When asked about the importance of prioritization, Amith quoted the famous saying by Pauline Kael – Where there is a will, there is away.  If one ever makes time for something and devotes his mind and soul entirely to it, he will be able to overcome it. The key ingredient is knowing where and how to prioritize your time. 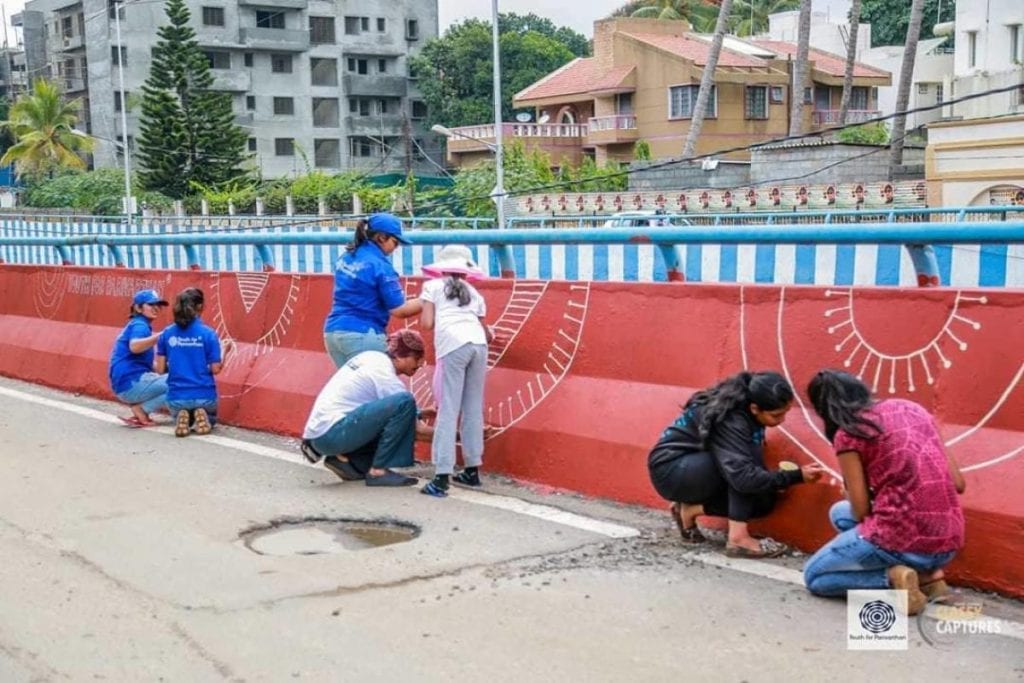 A fundamental notion present in societal stereotypes is that youngsters have no sense of wisdom or talent and are useless by nature. However, there is always a need to challenge the status quo, and the youth itself possess the courage and grit to do so. Youth is not determined by one’s age. “Anyone with a desire to change the status quo and the status norm is a youth.” Having a sense of courage, bravery, and valor is all that one requires to transform the narrative entirely. “Youth by heart.”

“Opinion is the medium between knowledge and ignorance.”

When asked about one of his major strengths, Amith Amarnath answered that it was a sense of internal democracy and opinion that enabled him as well as his organization to function effectively and productively in giving back to the community.

Research has proven how individuals often lose their voice and sense of opinion as soon as they become members of a group. The power politics of superiority creeps in, and those with an existing idea or point of view, to fit in with the group, conform to the norm and power hierarchies of the group. Having internal communication and expression of opinion ensures that are all members are effectively working towards the goal. It develops a sense of cohesiveness and unity and fosters diverse and multiple views and perspectives.

# MAKING A ‘PARIVARTHAN’ IN YOUR LIFE 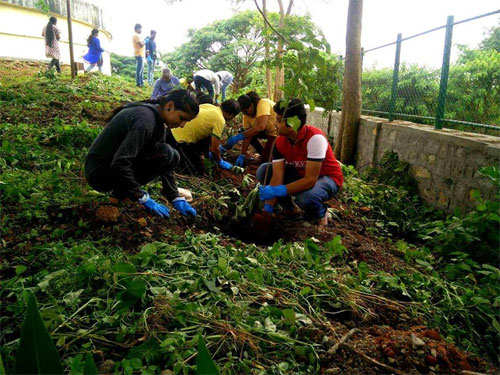 To people who wish to carry the same goal in their personal lives, Amith Amarnath quotes a well-known saying by French artist Henri Matisse – “Don’t wait for inspiration. It comes while one is working”. Be the change you wish to see in the world. Don’t wait for someone to inspire and motivate you. Be that sense of inspiration and motivate those around you. Huan beings are one of the most creative and visionary species in the entire cosmos. However, such visionary ideas hold no meaning until and unless they are acted out and implemented and carried out in real-life settings and reality. Setbacks will be present. But the end goal makes it all the more worth it.

“One organization and person cannot alone bring about a change.” It is only with the collective responsibility and help of all that society and community will change for the better.

# HAVING A SENSE OF OWNERSHIP IN YOUR OWN LIFE 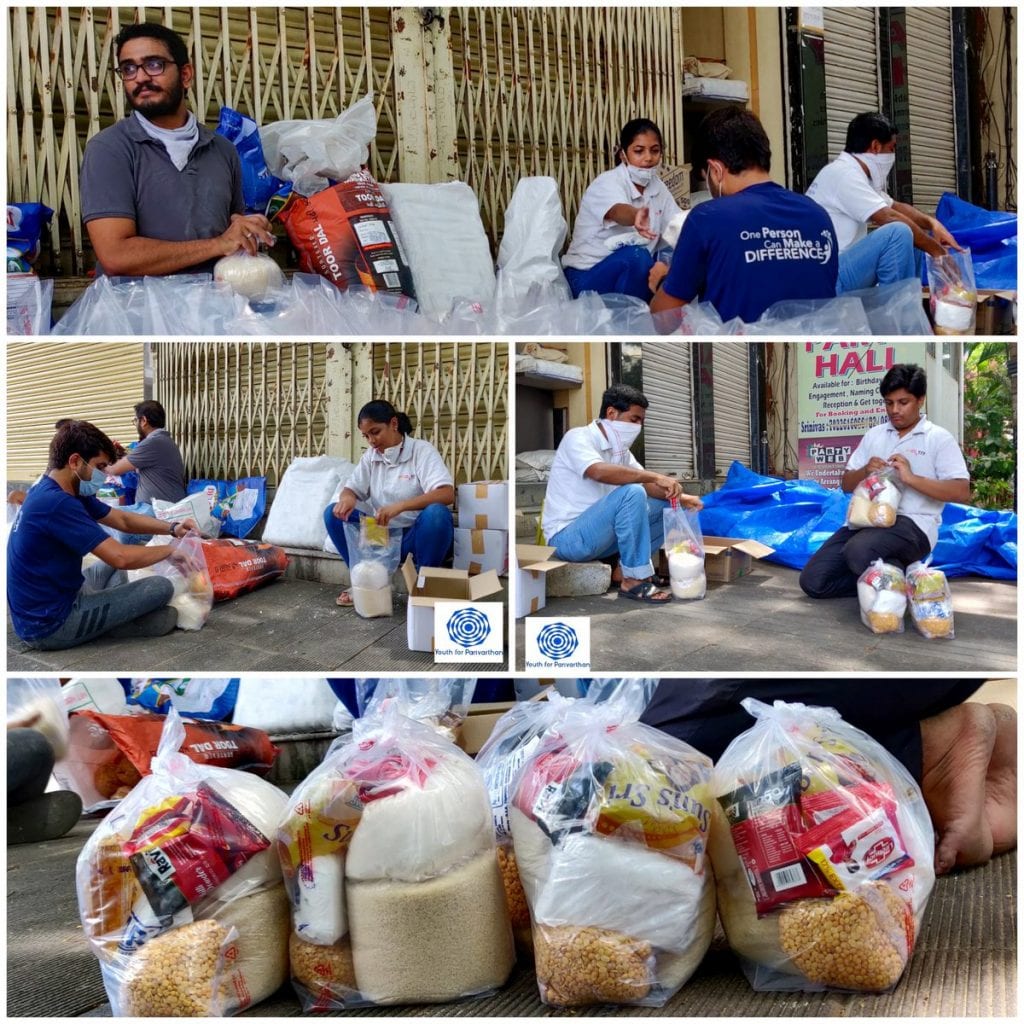 “There is a difference between what we see as ours and what belongs to others. If I own a house, anything and everything within its compound walls belong to me. What is outside holds no importance or significance.”

Without changing on your own, one cannot expect others around him to change. Sharing a collective sense of responsibility and accountability is all that is required to work towards achieving the greater common good. Instead of waiting for those around you to change, be that change to motivate them. It is a process that takes time and collective effort.

“Start caring for not only what belongs to you. But those around you as well.”