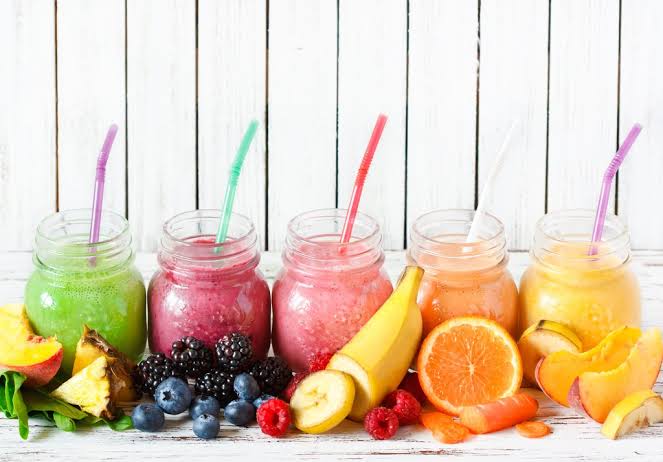 Magic Bullet Vs. Nutribullet, which one is best for you? Read on to find out.

Almost every household has a mixer blender system. A mixer blender is a common kitchen appliance used to mix, crush, liquidize, puree food, and other substances. A typical stationary blender has a rotating metal blade attached to the bottom of a blender container that runs on an electric motor in the main unit. Some powerful motors can even crush frozen items and ice.

Today, mixer blenders are underrated appliances that sit in a corner of your kitchen looking bored. The only time they get used is for milkshakes, occasional sauces, and baby food. The new age blenders can be used for a variety of purposes.

Why do we need Blenders, anyway?

This is a million-dollar question before you get into the details. We need blenders for a number of reasons. With our present lifestyle full of hustle and bustle, we are always on the run and tend to eat a lot of junk. We need instant foods that can be carried along and consumed on the way.

But with the increasing awareness about the right eating, balanced diet, and calorie consciousness, smoothies, fruit juices, sorbets, coffees, and protein shakes have made their way into our daily diets. With the right blender, it is very easy to prepare such nutritious drinks and carry them along. You can even sneak fruits and vegetables into kids’ smoothies.

Also, there are traditional reasons for a blender. They chop, mince, grind, grate, mix, blend food items. It makes the making of complicated dips, sauces, and cocktails easier and faster. Some modern blenders even make soups, knead the dough, and mix batter. With these features, it is wise to invest in a good blender.

With so many reasons and the advent of the new Nutribullet in the market, there was sure to be a Magic Bullet vs. Nutribullet debate.

The History of Magic Bullet

Let us take a brief look at the interesting history of the Magic Bullet, the epic blender. Originally, back in the 1960s, it was supposed to be a coffee bean grinder. But gradually evolved into the famous “as seen on TV” infomercial product.

In 2015, the Magic Bullet launched a recipe app. And in 2017, a Bluetooth enabled Nutribullet Balance app which keeps a record of your calories consumed.

Back to the Present

With the advent of the Nutribullet, there were excited debates about which one is a better blender, the good old Magic Bullet, or the new, sleek-looking Nutribullet.

If you are a fitness freak or the kind of person who reads the nutritional information on food packets then chances are that you already own one of these blenders for health drinks and fresh fruit juices.

You probably got the Magic Bullet ages ago to make healthy fruit smoothies, protein shakes or milkshakes, or even dips and sauces. With the new nutribullet in the market, you might be debating whether to buy it or not.

Those new to the idea of getting a multipurpose blender (which will also get rid of old, heavy, huge food processors and make some space on the kitchen tops), might encounter some difficulties while choosing between the two. They are similar in many ways and differ in some key points. So let’s do it. Magic Bullet Vs. Nutribullet. Find out which one wins. 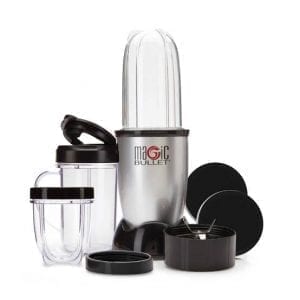 Almost every household has the Magic Bullet blender because the Nutribullet didn’t exist. It was launched when the infomercials and Tele-shopping were gaining ground. The Magic Bullet claimed to rule the kitchen counter and replace the food processors, choppers, mixers, grinders.

Now let’s get some facts out of the way. The Magic Bullet has a stainless steel 250W base. It comes with a cross blade (for chopping, grinding) and in some models, a flat blade is also added. It also contains a tall cup, two smaller mug containers, lip rings, three resealable lids, a manual with recipes.

It is available in three colors- silver, green and red. The taller container is microwave safe. The blades are not dishwasher friendly and you have to rinse them with water. The Magic Bullet is compact in size and weighs around 2 pounds.

Typically, you should use the tall cup for milkshakes, sorbets, juices, protein shakes or other drinks and the smaller cups for mincing, chopping onions and garlic as well as for grinding coffee beans.

The appliance is very simple to use. You just have plug it in, match the tabs of the container to the slots in the base and start blending. It has no buttons or speed options or any other program settings. It makes most of the recipes in a short time but takes more than 10 seconds (you cannot really expect something to cook in just 10 seconds despite the advertisement). You can double up the smaller containers as mugs and use them directly.

You can either pulse the contents or set them on auto mode to mix it automatically (which blends until you release it). The blades are on the lids and not at the bottom like the traditional blenders.

The Magic Bullet, however, requires more amount of liquid to blend smoothly. The blade struggles with bigger and harder pieces of fruits and often leaves chunks in the final dish. To avoid this, you have to remove the cup, shake it, add water (or any other liquid) and then blend again till you achieve the required smoothness and texture.

It is available for under 50$

Since we are talking about smoothies, here are healthy smoothie recipes for breakfast! 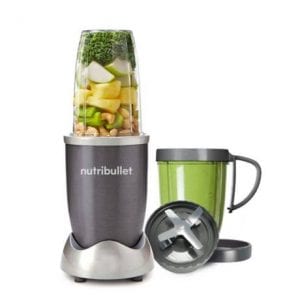 The Nutribullets are advanced, power-packed Magic Bullets. They are personal blenders.

We are considering the Nutribullet Pro 900W series for comparison with the Magic Bullet. The Nutribullet is a little heavier than the Magic bullet because of the powerful motor. The base (or the main unit) looks sturdy and durable. The bottom of the base has a lot of vents to keep it cool.

The Nutribullet comes in two colors – Grey and black. The set contains a powerful 900W main unit, a handled lip ring (doubles up the containers as cups), a 24-ounce cup, a 32-ounce cup, an extractor blade, a flip-top lid (which doubles up the cups as sippers) and a guide book with instructions and recipes.

The Nutribullet makes perfect smoothies within 20 to 30 seconds. It is compact and does not take up much space on the kitchen counter.

Being bigger, the Nutribullet can obviously blend more quantity. The motor is more powerful than the Magic Bullet and blends the veggies, fruits, and almost anything smoothly and finely. You just have to throw in all your ingredients and watch them get pulverized. It can even blend the fibers of kale and ginger.

The Nutribullet is multipurpose and has a more effective blade that probably has fun extracting nutrients from your fruits and veggies. It clearly pulverizes everything with just the right amount of water in it. It can even crush ice to some extent but will leave little chunks as they do not go into the blades.

You can even make cocktails like margaritas, pina Coladas as well as frozen treats and baby food in it. It grinds nuts well. You cannot use the blender for hot and carbonated drinks.

Just like the Magic Bullet, Nutribullet is easy to clean. The cups and other accessories can be placed on the first rack of the dishwasher. However, the blades will have to be rinsed with soap water.

You will also a lot of demo videos on YouTube showing the actual working of both the blenders. You can then debate ‘Magic Bullet vs. Nutribullet’ and decide for yourself.

It’s available for Under 100$ depending on the accessories and motor power.

The Verdict: Magic Bullet Vs. NutriBullet

So, Magic Bullet vs. Nutribullet, who won?

So, if you are starting out a healthier lifestyle, then a good blender is a must-have. The easy accessibility on the kitchen counter and the simplicity of use will surely encourage you to go and make a quick smoothie. Both of the bullets serve their purposes very well so the choice depends on the purpose you want it to serve.

If you want a normal blender to meet your day to day needs like protein shakes, milkshakes, smoothies, or simple juices and sauces then the Magic Bullet is enough for you. It is compact and inexpensive. You can quickly make a serving or two of your drinks. The Magic Bullet is, however, not suitable for blending dips, nuts, spices, and vegetables.

It leaves chunks if enough water is not added. The Magic Bullet is much slower and is not suitable for blending huge quantities at a time. It will take you a number of turns to make more servings. But if you have time on your hands, then Magic Bullet will do your just as well as Nutribullet.

If you are into elaborate health drinks that involve vegetables, fruits, and other hard to blend substances then you should go for Nutribullet. The Nutribullet can contain more quantity and due to the powerful motor, the appliance gets a little expensive.

But if you want 8 to 10 servings, then you will have to repeat the blending process. But it will serve most of your purposes (like mincing, chopping, mixing, etc.). It is faster than the Magic Bullet and makes really smooth smoothies. The Nutribullet is clearly a better investment than the Magic Bullet.

Switching to a more healthy and balanced diet? Check this amazing article on a gluten-free diet! Click here!