So, Li-Fi. The word is catchy as shit, and the stuff seems to look like the better sibling of Wi-Fi. The internet exploded a few days ago, when Velmenni, an Estonian company tested the technology, and reached 224 Gbps in their labs and 1Gbps outside. This, when we are struggling to reach even 27 Mbps 😛

So, yeah. 1 Gbps sounds like a dream. While everyone was going WOWW!!, Stupid me, I was asking, what the hell is that? (Shameful of me, despite being a computer science student 😀 )

Li-fi was first coined by German physicist Harald Haas during a TED Talk when he outlined the idea of using light bulbs as wireless routers. Initially, it was written off as one of those brilliant technologies which never come to fruition. But soon after the TED talk, professor Haas created a group called pureLiFi and they have already produced two products since.

VLC uses LED bulbs, these bulbs constantly emit photons when a constant current is applied. If you vary the current, the light dims and brightens, kinda like disco lights. So, what happens if you do this modulation at extremely high frequency?

The disco lights become constant lights, like your living room lights, but, to your eyes only. A photodetector device can still detect the variances in intensity (You can’t party, but the device can :P, sounds like a weird world doesn’t it?) These, fluctuations can be easily converted back to electricity. So this gives a seamless transfer of data through your living room lights (Fantasyland!).

All this seems like really good news! All of us have lights at home, the transmission is like 1000 times faster, LED lights are cheap. Visible light communications seem like a great solution!

And it can be used at places which use radio frequency for other stuff, like Hospitals and airplanes, to reduce the interference in the radio band.

Yes, after every “if” that is solved, there is always a “but” to be resolved.

Firstly, it might take the technology about half a decade to come to market. Then, we have already customized things to accommodate Wi-Fi, introducing Li-Fi would mean shifting everything and wasting the infrastructure created for Wi-Fi.

And did you realize? Light can’t pass through walls, so no bandwidth stealing from the neighbors’ open Wi-Fi 😀 It would also create problems for offices, which tend to have walls separating different sections.

Oh and sunlight will pretty much screw Li-Fi, so you can’t use it outdoors.

What you might see in the future is a combined Wi-Fi, Li-Fi thing. Where Li-Fi will be used for high bandwidth and Wi-Fi for the normal human tasks.

All said and done, Li-fi is definitely here to stay. Just like any other revolutionary idea, it just needs some time to set it’s footing in the world, and probably by the time we are oldies, our kids would be looking at Wi-Fi routers the way we look at the CRT based monitors which had entered people’s lives in the 70’s and 80’s. 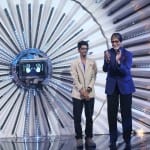